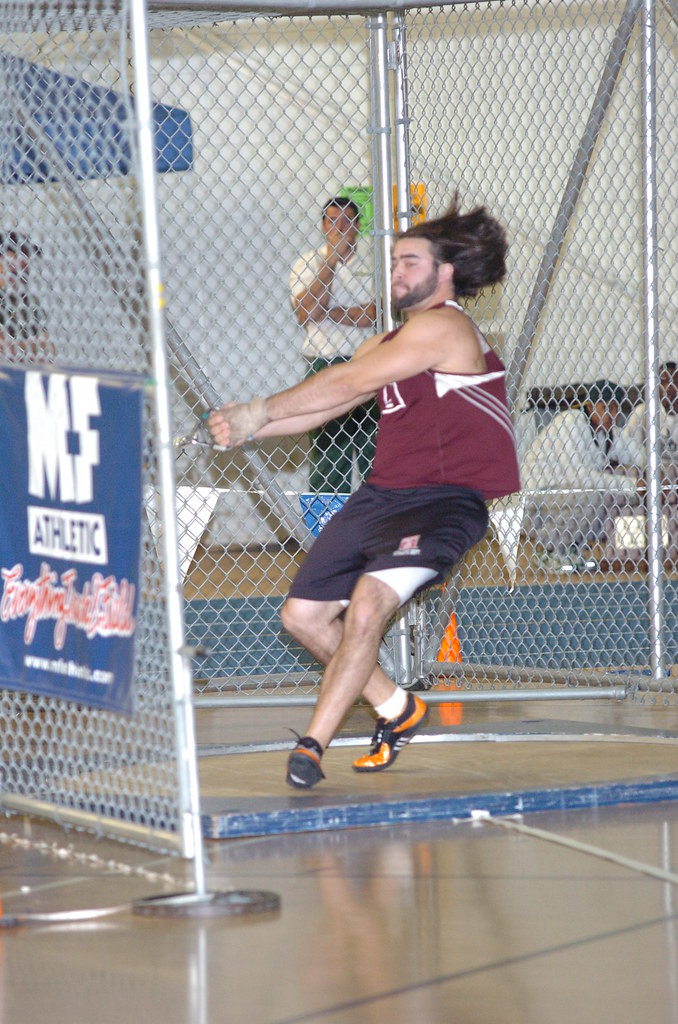 Those are three words the men’s and women’s track and field teams haven’t heard in a long time.

This Saturday, though, both squads will compete at the Penn Invitational on the University of Pennsylvania’s campus.

It will be the closest meet they’ve had since Feb. 29, when they competed at the NYU FastTrack. It is also the team’s first competition in Pennsylvania since the Bucknell Open, which was held in Lewisburg on Jan. 25.

“It will be nice not having to be on a bus ride for three to eight hours,” freshman sprinter and hurdler Assata Cowart said.  “My legs won’t be cramped.  They’ll be fresh.  There will be no reason to be tired.”

The close meet also gives friends, family, and students the opportunity to attend.

“It will be a fun meet,” Cowart said.  “It will push me to run better and improve in front of my friends and family.”

“There’s no pressure competing in front of people I know,” senior javelin thrower and Philadelphia-native Andrew Fries said.  “But if there is any pressure, it is definitely good pressure.”

Any pressure Fries might have felt on March 22 at the Towson Invitational quickly disappeared, as he qualified for the IC4A Championship during the first outdoor meet of the season with a winning distance of 194-9.

“It was nice, but I’d also like to qualify for [NCAA East] Regionals,” Fries said.  “Right now I’m eight feet off.  Last year I missed it by one meter.  The conference is always important, too.
“I’ve finished second the last two years.  I don’t like to finish second.  I’d like to finish first and get it over with,” he said. “And of course, I’d like to break the school record [in the javelin] of 208.”

She already broke her own school record in the hammer throw with a distance of 173-3 at Towson last month. With that record-breaking throw, she qualified for the ECAC Championship, and Cole now has her eyes set on higher sights.

“Next up for me would be qualifying for Regionals,” Cole said.  “And in the conference I’d like to go after and compete against the University of Rhode Island throwers because they are the best.”

The two-day IC4A and ECAC Championships will start on Friday, May 16 in Princeton, N.J.

As for freshman jumper Idowu Edeki, he is simply trying to show that he “belongs on the team.”

“At this level you have to do your best to show that you can compete against others,” Edeki said.  “I think the Penn Invitational will help show us where we are as a team and as individuals compared to other teams around the nation.”

Last year, the women’s outdoor track team placed sixth in the Atlantic Ten Conference, while the men came in fifth, tying their best ever finish in program history.

This year’s A-10 coaches’ preseason poll, however, tabbed the women for seventh place, while the men were predicted to finish eighth out of 12 teams.

“We want to continue on the roll we finished the indoor season on by playing better at conference outdoor meets,” coach Stefanie Scalessa said.  “The Penn Invitational gets the players onto the surfaces and facilities they’ll see later at the Penn Relays and offers students the opportunity to come see us compete.  We’re on the road so much that sometimes we lose that university support that can only help us do better.”

Studio 34: good for the body, soul and earth

Philadelphia has belabored for all too long under its reputation as a second-class city. Poverty, economic deterioration, abandonment and crime have overshadowed our history and size. A proposed 1,500-foot skyscraper, termed the American Commerce Center

As I had mentioned in last week’s mental barf of my story with Anthony, even more juice was squeezed out of the proverbial fruit. I have returned with updated Anthony news and professional opinions mixed