Mike came to me. 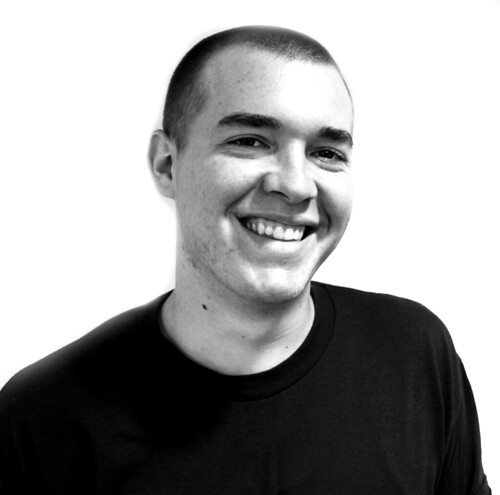 The platform at City Hall station doesn’t afford much room to maneuver.

Before I knew his name, I knew he was Puerto Rican and friendly, with a bag of CDs and dirt under fingernails that needed attention by anyone’s standards.

After we formally introduced ourselves, he let me in on a secret.

“I just tell people I’m Puerto Rican, man,” Mike told me in the privacy of a crowded car on the Broad Street Line. “So, I don’t get jumped. I’m as white as you.”

And that laugh. The giggle of the deranged.

We tucked into a forward booth, he guided me into the inner seat. Pinned me against the window.
He might have been more than 30, but he wore baggy jeans and the scratchy beard of a boy failing at looking more. He asked what I did.

He leaned in, performing with broken and yellowed teeth. His sunken eyes and tough, pale skin, stretched over his skeleton, too present to be healthy. Mike, it appeared, was decaying on this weekday afternoon in the third car of an Orange Line train headed north, stopping briefly at Fairmount to take on a few more scattered passengers.
He was looking for a weed connection.

He distributed music for whatever rapper. Cannabis, surprisingly.

He folded and flattened his hat’s brim, with insistence enough to hint to me he was having an internal dilemma between comfort and style. Its broken crease suggested it was a debate he had had before.

I answered as vaguely as polite discourse would allow me when he asked where I lived. He kept losing, searching for and rediscovering his TransPass. His distraction allowed me to evade most of his questions.

His part he was happy to discuss. He was from Port Richmond, though he spent a few good years living with an aunt in Mayfair. Salvation to only those who might live in Port Richmond.

Mike was headed to Allegheny Avenue. He had plans of buying a new pair of basketball sneakers on the corner at Fifth Street and some weed west of Broad.

The train reached the red, orange and white-tiled station below Erie. We walked, him with a limp of limitation he tried to pass off as swagger, me with a shirt and tie I had to wear for work but tried to pass off as fashion. Through the turnstile and to street level. The dreary gray of everyday Philadelphia painted on the cars and buildings and faces.

He asked once more if I, “had a guy.” Or if I wanted to come with him. To buy weed and sneakers. With a troubled, though smiling, hood posing as Puerto Rican.

I left him to his own devices.

Maybe he was destined for a Chinese restaurant. They stay open late, and the fried rice is cheap. On too many of our corners are effective drug lairs with yellow signs hung above doorways advertising Chinese and American take out.
With night and day. Like night and day.

It startled me. The better you think you know a community, the more you realize that for most of its residents, the biggest role they play in drugs is being terrified of the paraphernalia they bring: guns, addiction, death and misery.
Mike was just looking for a buzz. That’s all anyone wants, to feel good.

He got on the 60 bus, headed for some corner that holds an entire community hostage.