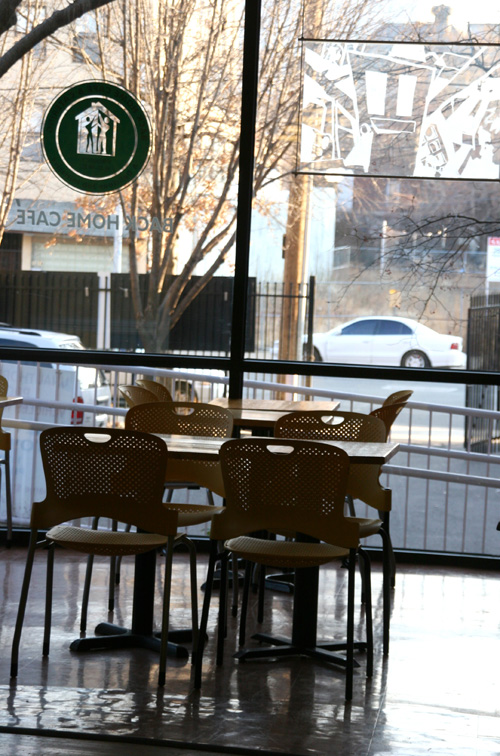 It’s common to be asked for spare change, a cigarette or a subway token. And a common response for such a request is, “Get a job.”

On the surface, it may seem like the simple solution, but how is a homeless person supposed to climb the ladder without a better starting position?

“Any job you go to you need a background, you need experience, and working here they get that experience,” Charon Arrayo said.

Arrayo is speaking of her current employer, Back Home Café, a small luncheonette adjacent to its parent, the Project H.O.M.E. headquarters at 1515 Fairmount Ave. In addition to employing people like Arrayo, who is a student at the Thompson Institute, the café hires the formerly homeless residents of Project H.O.M.E. as stipend workers. The project’s goal of ending homelessness extends past shelters with establishments like the Back Home, providing a gateway for people to reenter the workforce. It not only offers the beginnings of upward mobility but also tries to instill in them the motivation needed to change their lives.

“They learn from us, we learn from them,” Ryan Hudson, another employee, said. “They kind of watch what we’re doing, sort of take after us and stuff like that . . . I think it works pretty well.”

“Some live here, some live at Women of Change, St. Columbus … and they come for four hours a day, and we [teach them] kitchen skills and life skills to kind of help them along,” Janelle Hirston, manager of the café, said.

“They’re eager to learn. Anything you ask them to do, they’re eager to do it, they want to learn new things, they want to be involved, they don’t want to come around and sit around all day . . . [Back Home Café is designed] for them to get skills so they can better themselves in life.”

Janelle began her position only recently, but has already helped to expand the operations, specifically the catering side of the business and the variety of the cuisine.

“We really were only serving sandwiches in the afternoon, but now we have a full menu, including breakfast,” she said. “You can get eggs, pancakes, hot cereal [and] hot soups every day, so the buzz is really getting better.”

The cafe’s design is not reminiscent of a shelter, but instead a legitimate eatery. Its patrons vary far in age from graduate students to senior citizens. All come for both the cause and the food. The café’s lunch menu includes various sandwiches, burgers and Hudson’s famous chili.

Founded in 1989, Project H.O.M.E. tries to break the cycle of homelessness that has been actualized in recent years with initiatives like Back Home. The café lends to the sense of community needed to further the cause, but does so without feeling too much like a charity. Instead, it is very much a local business.
“A lot of people come here because they’re like, ‘If we’re going to give our money to somebody, why not give it to [Back Home Café], where we know the money is going somewhere,’” Arrayo said. “Same quality and at the sam 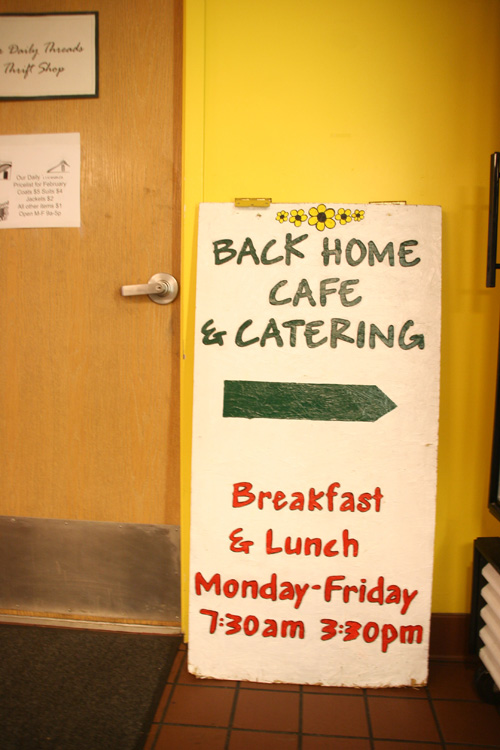 As Project H.O.M.E. and its Back Home Café grow in popularity, their function as a transitory employer will extend further. Soon, the café will, along with Starbucks, cater a new Internet café, staffed entirely by stipend workers.

Back Home Café may, in some ways, seem like only a minor change in the overall initiative, but its larger philosophy gives hope where it’s most needed.

Luke Marron can be reached at luke.marron@temple.edu.