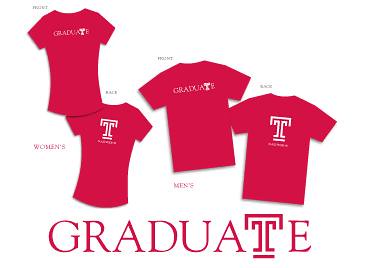 For those graduating students yearning to show their class pride and having at least $10 to spare, the Class Pride Campaign could be the outlet to consider.

The gift from students graduating from either the graduate or undergraduate programs takes the form of individual donations of $10 or more to the Class Pride Campaign, which is organized by the Office of Institutional Advancement and the Annual Fund. Students may designate their gifts to the college, school or program of their choice.

“There was a pretty good initial participation,” he said.

Coordinators of the campaign, which has been running for more than 15 years, are aiming to increase its popularity within the Class of 2008.

“The goal is to have 1,000 members of the graduating class donate this year,” said Erica Siate, the associate director of Institutional Advancement. “Last year, 742 members gave money for a total of $27,596.”

At this time, 319 members of the upcoming graduating class have donated to the university. These donations have amounted to a total of $9,529 given to various departments, schools and programs within Temple. Typically, specific schools or programs have received more money than athletic programs or the school as a whole.

Baum said he started this custom so that students could begin to give back in a small way.

“The primary purpose is to get kids to start giving,” Baum said.

The theory behind Temple’s tradition is the idea that one gift does not encompass what people feel about the school, which explains why students are able to give to the school or program they feel most passionate about. Students in the future may have similar experiences and opportunities because of these donations, said Stephanie Collin from the Office of Development and Alumni Communications.

One of the campaign’s main purposes is to introduce graduating students to the tradition of alumni gifts. The idea is to start giving now so that the spirit of giving carries on with the students after graduation.

“I haven’t donated yet but I’m on the verge of doing so,” TSG President Juan Galeano said. “Temple has given so much as far as experiences go. Help giving back just improves the vibrancy of campus. I’ve been blessed to go here.”

However, not all students are as enthusiastic about donating money.

“I don’t know how I feel about it,” freshman Tabitha Clark said. “I guess I don’t think as seniors you should give a gift, because you are paying tuition. You could use it for other outside organizations.”

The donations benefit multiple areas of a Temple education including students, faculty, technology and facilities. These donations amount to a significant portion of the university’s budget for areas such as faculty and equipment.

“If a student chooses to donate to the School of Communications and Theater, the school may then decide to use the money to buy equipment, put toward the annual fund or hire staff,” Siate said.

The Office of Institutional Advancement collects the donation, which can be made by cash, credit card or Diamond Dollars. The gift is then distributed in the specific account for the school or program of the student’s choice.

“I guess I have to take a look at all the programs,” Galeano said. “I haven’t decided which one I really, really want to give to. I don’t think they are asking for much. I’ll probably do over the minimum.”

Students may continue to donate money throughout the remainder of the spring semester. Students will man a Class Pride Campaign donation booth during Spring Fling. The campaign will still be open for about a month after graduation in 2008 in the hopes that parents may want to donate in their child’s name or for those who have just not donated yet, Collin said.
In appreciation of the donations from the graduating class last year, students received either a limited-edition Temple messenger bag or a Class of 2007 T-shirt. Students that donated at least $20 received both.

“Every now and then I hear about it and I’m like, ‘How about that? I was involved in that,’” Baum said.

This year, students will be offered T-shirts in both men’s and women’s cuts for their donations. The T-shirts will bear the theme for this year’s Class Pride Campaign, which is “Graduate: Class Pride ’08.” Institutional Advancement wanted to ensure that the gifts of appreciation were different for each graduating class.

The Class Pride Campaign gathered a group of students to brainstorm for a campaign theme that would appeal to all the students. The idea for this year’s campaign stemmed from “T Means More.” The Office of Institutional Advancement chose to connect the campaign to the theme since it is highly recognized by students.

“Taking the idea of giving back is just as important as taking an education away,” Collin said.

Evan Nicholson can be reached at evan.nicholson@temple.edu.

A student’s love for Rome built in a day

Timothy Allen has no degree from Temple. It might seem strange then how much this school has affected his life. “I’d like to consider myself an adopted son of Temple,” Allen wrote in an e-mail

Don’t forget to wash your hands…

To pee, or not to pee: that is the question. There are few things that are more uncomfortable than needing a restroom in public. Many businesses only offer their bathrooms to paying customers, while some

Temple alumna to ‘shine a light’ as Philadelphia Orchestra librarian

Nicole Jordan will begin as the principal librarian in the 2020-2021 season.