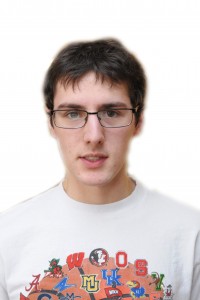 There has been considerable talk recently about Temple’s construction projects, the safety on Main Campus and the university’s budget, but students and faculty are ignoring the real issue of this semester: Cherry and white are Temple’s official school colors, yet the university fails to specify which particular species of cherry it uses. Is Temple referring to a blood-red Montmorency, a merlot Bing or some shade in between?

Temple’s cherry problem caught my attention about a week ago while I found myself looking toward campus from my window on the 21st floor of Morgan Hall North. I saw painters creating the giant Temple “T” on the roof of the Liacouras Center; undoubtedly an effort to expand Temple’s already massive advertising campaign to airline passengers. However, just beneath the roof, a ribbon of red paint around the building was an entirely different shade of red, and the flags that line Broad Street were yet another.

But the variety of colors does not stop there.

A glance around campus reveals at least five contradictory shades of red, while a quick perusal of the merchandise at the university bookstore reveals about another eight.

The Student Center itself is painted what many would consider red in its most traditional sense. Yet that same Student Center sells burgundy-colored pennants and T-shirts in every shade of red conceivable. The “T” depicted on the university’s main website is red but noticeably different in shade than that of the “T” depicted on Temple’s Diamond Dollars website. Both of these “T”’s differ in hue from the “T” on the website of the Beasley School of Law.

These blatant discrepancies have been largely ignored by the Temple community. Students must question the legitimacy of a university that cannot pass elementary art class. Where will it go from here? Can Temple be trusted to hire faculty? To serve food?

I find it suspicious that many of these exotic shades of red are appearing immediately after our 10th president was inaugurated. President Theobald formerly worked as the senior vice president and chief financial officer of Indiana University. It is not a coincidence that Indiana’s school colors are crimson and cream. Not only has President Theobald implemented the same financial policies at Temple as he did at Indiana, but he is trying to assimilate us chromatically by gradually moving the university toward a more crimson shade of cherry.

The concept of school colors began with practicality in mind. One of the earliest implementations of school colors occurred at Harvard University during the 1850s when two rowers provided crimson-colored bandanas to the rowing team to make them easily identifiable to Harvard fans at the banks of the river. Eventually, school colors came to represent a university as a whole and encouraged school spirit. School colors have lost much of their meaning in recent years, slowly marching down the capitalist path of merchandise sales and brand recognition.

On Feb. 27, 2008, University Communications announced that Temple would designate the online hex color code #9E1B34 as the official shade of cherry. However, the announcement states that “new work products should use the new official color, but it is permissible to exhaust existing supplies that use other colors.” Evidently, this policy has either not yet been completely adopted or Temple still hasn’t run out of buckets of paint from five years ago.

During her term, President Ann Weaver Hart oversaw the publication of Temple’s “Graphic Identity Standards,” a 32-page document detailing specifications for official colors, logos and stationery, among other things. The document frequently mentions the color “Temple red,” which differs from cherry. Even the document designed to unify Temple’s colors fails to accurately declare our colors cherry and white. In fact, the word “cherry” is only used once in the document, while “red” is used 16 times.

The cherry problem is not unique to Temple. The University of Pennsylvania’s official colors are blue and red, but its online apparel store sells clothing ranging from traditional blue to navy blue. Drexel University’s colors are blue and gold and share the same variety of blues as Penn. Almost every U.S. university has some type of guidelines for what shade of a particular color should be used to represent the school, from Texas A&M University’s “Brand Colors,” to – my favorite – Stanford University’s “Identity Toolkit.” Although these universities develop detailed color and formatting guidelines, few schools consistently follow these rules.

The only solution to the cherry problem is to change our school colors entirely. Might I suggest gray and white to represent Temple’s world-renowned squirrels? Baker Dave’s red velvet cookies would be no more, and any color change would require switching the cherry and white mentioned in our fight song to whichever colors we choose, although this would not be too significant of a change since this is typically sung during touchdowns.

Scott: Defriending yourself the way to go

Scott encourages anyone considering getting off Facebook to commit to it.

Moritz argues that the peanut butter and jelly sandwich deserves a place in the folklore of Americana.

Leave a Reply to Will Cancel reply