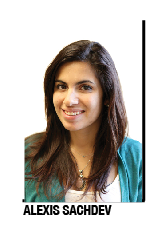 The biannual Clothesline Project kicks off on Main Campus on Wednesday, April 4, in an effort to raise awareness of interpersonal violence.

In my three years on Main Campus, I’ve come to notice, and eventually appreciate, how passionate our student body is. Students are at the Bell Tower, on Liacouras Walk, at LOVE Park and in Harrisburg, publicly demonstrating, protecting their beliefs and interests, wearing Temple’s “T”, getting arrested for the causes they believe in and, often, initiating change.

The story is no different with the biannual Clothesline Project, hosted by the Health Education and Awareness Resource Team on Main Campus, April 4 and 5.

Started approximately 22 years ago in Cape Cod, Mass., the Clothesline Project is now an international movement with a humble vehicle: plain T-shirts.

Participants select a T-shirt with the color corresponding to the type of abuse they are representing, and may decorate or destroy it as they please. Coordinators will then display the shirts on a public clothesline.

“It acts as an educational tool for those who come to view the clothesline,” according to Clothesline Project’s website. “It becomes a healing tool for anyone who [makes] a shirt – by hanging the shirt on the line, [survivors], friends and family can literally turn their [backs] on some of that pain of their experience and walk away. Finally, it allows those who are still suffering in silence to understand that they are not alone.”

Black T-shirts are reserved for victims of political violence or war. HEART will reserve black shirts for men to create shirts to honor a woman or for men who have been abused themselves. Women may decorate black shirts for a man also, Schaeffer said.

Main Campus has been participating in the Clothesline Project for several years. In past years, the Sexual Assault Counseling and Education peer program, a part of Tuttleman Counseling Services, hosted the event. HEART has been the main organizer since 2008.

“It’s essentially a living piece of art that continues to grow as people make shirts to be hung on [the clothesline],” Schaeffer said.

According to the National Coalition Against Domestic Violence, approximately one in every four women is a victim of domestic violence, and approximately 1.3 million women are victims of physical assault each year.

Men accounted for 15 percent of the victims of intimate partner violence, according to the Domestic Violence Resource Center.

Yet most of these crimes go unreported.

According to the Project’s website, an estimated 500 projects are held nationally and internationally, with approximately 60,000 shirts and programs extending as far as Tanzania.

Schaeffer said the clothesline on Main Campus has grown so large, it doubles the length of Liacouras Walk, in addition to “mini-clotheslines” hung in offices, residence halls and buildings.

All shirts from past projects are hung each semester, but most shirts made during the event will not be hung, in the interest of protecting the designs while they’re wet, Schaeffer added.

In the 2010-11 academic year, Schaeffer said approximately 32 participants created shirts for the project, in the two semesters it was held. In Fall 2011, approximately 44 people made shirts.

“We surpassed the year prior in one semester,” Schaeffer said. “I feel [like] it’s only going to grow.”

HEART has approximately 200 T-shirts available, and will be providing paint and markers for those interested, however Schaeffer noted that participants may take their T-shirt home to work on it if they want to use their own materials.

“It can be a very helpful tool in helping to process experiences of violence for yourself or others,” Schaeffer said. “We don’t conduct art therapy, so I won’t say this is art therapy, but people get to express themselves and get to put words and a visualization to their experience.”

“And it also adds to Temple’s understanding of what we all experience collectively, as the line grows larger, as the colors get more diverse,” she added.

Schaffer, who has seen participants design shirts and has decorated one herself, said the experience and the shirts are “moving and meaningful.”

“I think that students get really passionate about it,” she said. “I think this is a really good opportunity for those students…who know people who have been in these situations and really want to express their own feelings around the anger or the hurt or the sadness that they’ve seen, or that they’ve experienced themselves.”

After interviewing Schaeffer in the HEART office, I meekly asked if I could design a T-shirt. Despite the unbiased image I try to maintain, I came to the realization that we are all victims of or friends of victims of abuse, or abusers ourselves. The more people who come forth and speak on this topic, the more aware we become of this phenomenon.

I sat down at a large table, surrounded with the physical representations of metaphoric healing. With a gold Puffy Paint bottle in hand, I sketched my story.

After unintentionally painting the sleeves of the shirt I was wearing, getting paint in my hair and on my hands and crying several times, I walked out of the office with a new perspective. I literally walked away from pain. The symbolic “getting over,” “closure” or whatever we like to call “moving on” had happened. It was cathartic, it was emotional, it was real.