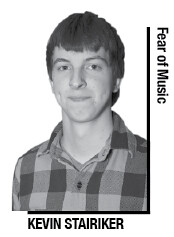 Contrary to popular belief, Coldplay is a pretty interesting band.

It’s downright astounding that a band so reviled by large groups of people for wildly different reasons–metal heads because of the Joe Satriani scandal, cool kids because of early career Radiohead-aping –continues to ascend without lending an ear to detractors.

I would never deny being a Coldplay fan. If you look hard enough throughout the band’s career, it’s not tough to find some truly great tunes. Their fifth album, questioningly-titled “Mylo Xyloto” came out about a week ago and, well, I haven’t listened to it. I can’t be bothered. With Tom Waits’ new album and the hilariously amazing Lou Reed and Metallica collaboration album on the horizon, I have too much on my mind musically.

However, there is the business of the first single from the album, “Every Teardrop Is A Waterfall.”

This is the point in the article where we all collectively sigh in unison. Before I dissect the song scientifically, let’s just think about this for a second: Clearly Coldplay doesn’t care whatsoever about the “haters,” because a band so uniquely classified as “wussy rock” would probably never release a song called “Every Teardrop Is A Waterfall.”

The song itself is about as far as the band could possibly get from songs like “Trouble” or “Warning Sign.” It’s the sort of four-on-the-floor song that the band hinted at on specific tracks on  their fourth album “Viva La Vida,” and it only makes me feel bad for drummer Will Champion. The days in the studio he must’ve spent sulking in the corner forlornly awaiting the day Chris Martin would ask him to lay down some click-track-be-darned bass drum must’ve been hard.

The main musical component of the song is a pulsating piano riff that tends to drive the song forward more than any percussion. The song borrowed that riff from Peter Allen’s signature 1976 hit “I Go To Rio,” much in the same way that Coldplay’s “Talk” used the main riff from Kraftwerk’s “Computer Love.”

Does it lessen the song any more than the song lessens itself? Not really, although it is funny to listen to “I Go To Rio” and imagine the point where Chris Martin found his musical inspiration, jumped in the Coldplay-mobile and headed back to the Coldplay-cave to make his masterpiece.

Stripped of its lyrics, “Every Teardrop Is A Waterfall” isn’t really that bad. Unfortunately though, it was decided words should accompany the track, and that’s where it becomes the audio equivalent of walking around without realizing your zipper is down: one big annoyance that puts a whole damper on your day.

In hindsight, it isn’t really Coldplay’s fault. The market calls for big, grab-all faux-anthems that are as inspiring as they are danceable, and they’re delivered in spades. That’s sort of what we’re dealing with here. In comparison to songs in the past that had very tangible feelings tied to them, this song is sort of like a pair of one size fits all musical sweatpants. With “Every Teardrop Is A Waterfall,” Martin answers all of the questions we need answered.

“Up!” he responds with glee.

Also, “Chris, can you put a specific time period on how long the kids will be dancing?”

“All night!” he replies, as if it’s the most obvious thing in the world.

I can already tell what you’re thinking: “Kevin, I was really hoping you wouldn’t continue with the condescending tone you used in your last column, and here you are putting a total jam on blast. It’s not about the words, it’s about the feeling you get from the music. Also, you suck.”

Well, dear reader, you’re correct in feeling that way. The debate of music vs. lyrics make up the central divide that is often the main difference between casual fans of music and nerds who have nothing better to do than write 900 words about a sub-par Coldplay song (See: Kevin Stairiker). But that debate rarely takes place within the confines of Billboard charts, where the spotlight often shines much brighter on the man or woman who actually writes the words coming out of their mouths dubbed-over their requisite four chords.

I wouldn’t complain about a lack of lyrical complexities in a Britney Spears song because that’s not the point of a Britney Spears song. As I’ve mentioned earlier in the column, Chris Martin is responsible for some really, really great tunes that have really resonated with listeners.

This is not to suggest that the band should keep remaking “Parachutes” and “A Rush Of Blood To the Head” until they’re old men. I’m all for a band’s evolution, and if Coldplay wants to make songs people can work out to, then they will do that. A concert featuring a dozen songs like “Every Teardrop Is A Waterfall” is probably infinitely more fun than one that has a dozen songs like “Yellow.”

Which brings me back to the album this song is featured on. It will probably be a long while before I feel that I’m physically able to listen to “Mylo Xyloto.” But on the bright side, if the album does feature songs of the same kin as “Every Teardrop Is A Waterfall,” perhaps I’ll be entirely numb to the sound of it all by the time the song rolls around and discover it’s an alright tune.

Top 5 Members of the Wu-Tang Clan:

New tunes from Weezy mixes too many genres

Kevin Stairiker discusses the rise and fall of Lil’ Wayne, and  his theory on ‘pop music discography forgetfulness syndrome.’ I don’t know very much about Lil’ Wayne. I know that I first heard of him

Columnist Kevin Stairiker says that the oldies aren’t always the ‘goodies,’ and encourages readers to seek out modern rock. For roughly the first decade of my life, my entire musical existence was based on Y102.