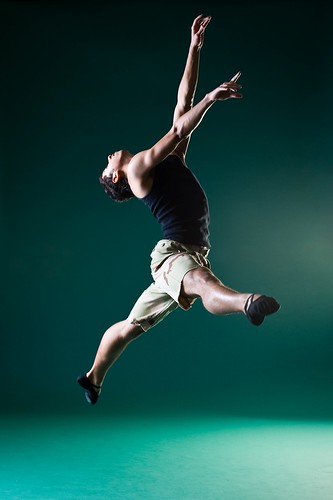 Many Philadelphians do not go to the Arden Theatre expecting to learn about genocide.

Through the power of her company’s newest original piece called Darfur, she hopes to leave an unexpected and meaningful impact on
the city.

“This genocide is a disease of a people – a manmade disease,” Lamar Baylor, rehearsal director for Darfur, said at a run-through of the production on Saturday, April 11. “I want the audience members to put themselves in the shoes of the characters and leave with awareness.”

On April 23 and April 24, the Rebecca Davis Dance Company will perform Darfur at the Arden Theatre. Darfur is based on the experiences of former U.S. Marine Brian Steidle, who spent six months in Sudan as a military observer for the African Union team.

“Brian Steidle’s book, The Devil Came on Horseback, is the core of this piece,” said Davis, who is Darfur’s choreographer.

Davis, a 2004 graduate of Temple’s Fox School of Business, founded her self-titled company in 2005 to produce dance-theater works based on literature, history and current events. Davis choreographs using pantomime and a variety of dance styles, including ballet, modern and jazz.

“I was interested in combining literature and history with dance,” Davis said. “I wanted to fill a void in the dance world and create something less abstract than productions of other modern dance companies.”

When choosing material to choreograph for her company, Davis does not shy away from challenges. In 2006, her company produced Antigone at the Kimmel Center’s Perelman Theater, and in 2007, her company produced Helen Keller at the Prince Music Theater.
“I must choose works that can be conveyed only through movement,” Davis said. “Dance-theater is narrative using gesture. What the character is going through is the basis for choreography.”

“Movement is more characterized in classical ballet,” Baylor said. “Here, the key word is theater. An instructor once said to me, ‘Walk in yourself, and be another person in the dance.’”

“In addition to reading The Devil Came on Horseback, I read about eight other books and attended lectures by professors and people who have been to Darfur,” Davis said. “One of the most insightful lectures was by Harvard professor Samantha Power, [author of A Problem from Hell: America and the Age of Genocide, published in 2003].”

Davis is donating 25 percent of the cost of each ticket sold to Global Grassroots, a non-profit organization founded in 2004 by Steidle’s sister, Gretchen Steidle Wallace.

“Global Grassroots helps women in Rwanda and Darfur to start their own businesses, and it is connected to Brian Steidle,” Davis said. “It is the perfect organization for us to support.”

Darfur follows Steidle’s journey from the United States to Sudan and back, where Steidle begins informing Americans about the genocide in Darfur.

The piece opens as Steidle decides to leave the United States to serve as a member of the African Union team. To the music of “Cast Away” by Green Day, Voltaire Wade-Greene, who plays Steidle, pantomimes life in America.

“It took me a month to pick and clear these songs.” Davis said. “I chose contemporary music because I wanted to stress to audiences that this is a contemporary issue.”

When Steidle arrives in Sudan, he is shocked by the violence, murder and rape committed by the Janjaweed militia toward the African tribes. He is outraged by the Sudanese government’s support for the Janjaweed and disregard for the victims of the atrocities.

Baylor, a senior at the University of the Arts, dances the role of Father, a Sudanese man torn apart by the rape of his wife by the Janjaweed militia and Sudanese government’s military.

“At first, my character and his wife are fighting because I think our child is not mine,” Baylor said. “Later, I learn that she was raped.”
Davis’s portrayal of the rape of Mother, played by Lauren Putty, is tasteful but horrifying, nonetheless. While three members of the Arab militia pantomime the rape of Mother on stage right, Father, unaware, dances a solo on stage left.

“I want the audience to feel drenched in emotion when they exit the theater,” Davis said. “I want them to develop an interest in news articles and an awareness [of what is happening in Darfur] so that genocide does not happen again.”

Leah Kristie can be reached at leahk@temple.edu.

The C-SPAN Campaign 2008 bus visited Temple’s campus yesterday as part of the “Road to the White House” tour. The 45-foot long, 22-ton bus parked at the Bell Tower, offering tours to students of the

Soaring above the city

Without Temple’s recycling department, campus may not have recycling available to students at all.