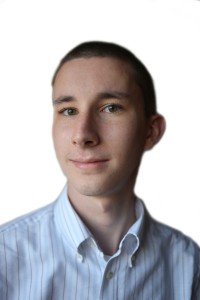 The men’s basketball team lost five seniors to graduation from last year’s team. Even so, a Fran Dunphy led team always has high expectations. This group was picked to finish fifth in the American Athletic Conference.

However, for the first time in six years, the Owls have a losing record after three games. The cause is apparent: Temple is struggling in the waning minutes of games.

In the season opener at the University of Pennsylvania, the Owls had built up a 15-point lead before letting the Quakers come back and take the lead at one point. Temple won that game, but they’ve let eight and nine-point leads slip away in losses to Kent State and Towson, respectively.

“We panicked a little bit,” Dunphy said after the Towson game. “I don’t know that we’re ready yet to win this game on the road against this particular group who is very well-coached and has some senior leadership.”

As has been repeated ad nauseam in the past few weeks, Temple is fielding an inexperienced team this season. Three players on the team played more than 200 minutes last year, and one of them – redshirt-senior guard Dalton Pepper – didn’t play in either of Temple’s NCAA tournament games.

It’s natural to expect some growing pains for such a young team. Dunphy, who has had five losing seasons since becoming a collegiate head coach in 1989, understands that.

Those mistakes will happen less often as the Owls gain more experience. Last year, Will Cummings had to let Khalif Wyatt, Scootie Randall, Jake O’Brien and Rahlir Hollis-Jefferson get their shots. Now, the junior guard is the first option in the offense, averaging 17.7 points per game.

One problem the Owls have been faced with is tiring down the stretch. Freshman forward Mark Williams appeared to be cramping up toward the end of the Penn game – his first collegiate game. Redshirt-junior forward Anthony Lee played 33 minutes against Kent State, which ties for the fourth-most single-game total in his career. Lee said he didn’t think his playing time was a problem.

“I think Coach has done a good job managing what we do,” Lee said. “I just think we have to be more efficient in how we score. We’re short as far as depth, we’ll make no excuses about that. We’re in the game, so there were a lot of things that we could have capitalized on that we didn’t.”

Before the season, Dunphy said he wanted sophomore guard Quenton DeCosey to be one of the top scorers on the team and to eventually be the player who defends one of the other team’s top scorers. DeCosey played 195 minutes last year. While DeCosey said he is “extremely comfortable” on the court, it’s unreasonable to expect him to immediately live up to those expectations.

“Dunphy is giving us a lot of freedom [on offense],” DeCosey said. “He just expects us to get stops on defense.”

The freedom is what DeCosey and others need to settle into their roles and play to their ability. Sophomore forward Daniel Dingle, who was expected to start at power forward before the season, has been bothered by a sprained foot. Sophomore center Devontae Watson has averaged 10 minutes a game, but both Dunphy and Lee said Watson will get more playing time when he’s ready.

“We’ve just got to tighten our things up a little bit,” Dunphy said. “Take better shots. We’re still a work in progress.”

Later in the season, Dingle and Watson will get more minutes and DeCosey will have more time under his belt. Cummings will try to adjust to being one of the go-to guys. Pepper will look to turn his on-court confidence into results.

All of those things could happen. They were never going to happen right away.

Evan Cross can be reached at evan.cross@temple.edu or on Twitter @EvanCross.