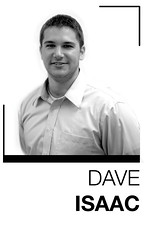 Four years is a long time to study something and still be considered an amateur. That is exactly what happened last week when an article written by Shannon McDonald, managing editor of The Temple News, started getting media attention.

As part of the journalism department’s capstone class, the Multimedia Urban Reporting Lab, the senior journalism major wrote an article about her ride-along with an officer in Philadelphia’s 22nd Police District.

During the ride-along, Officer Bill Thrasher made some off-color comments about the neighborhood he patrols. He has since been assigned to administrative duties pending completion of an investigation into his remarks.

Describing the problems in the community as “typical n—– s—,” or “TNS,” put Thrasher in hot water with the police department after McDonald’s article garnered attention.

But the controversy didn’t stop at the officer’s comments. Soon after, some began to question the accuracy of the story because the author of the article is still a student.

In the March 31 edition of the Daily News, a police spokesman, Lt. Frank Vanore, was quoted as saying, “We don’t know the validity of this article. This is a student journalist. We don’t know how much of what she wrote is true or who was there. There are a lot of variables.”

His comments seemed to precede a media frenzy of news organizations trying to get in touch with McDonald to interview her about the officer and his comments.

Once the story broke six weeks after it was posted on Temple’s MURL Web site, McDonald was peppered with media requests from NPR, NBC10, FOX29 and 100.3FM The Beat.

McDonald granted FOX29 reporter Claudia Gomez an interview on March 31, in which Gomez almost condescendingly asked whether McDonald took notes while in the car.

As any respectable journalist would, McDonald accompanied Thrasher in the cruiser with a notebook and pencil in hand, jotting down her findings.

She essentially became the story because she is a student, and still one month away from receiving her bachelor’s degree in journalism.

If a writer from the Daily News or Philadelphia Inquirer wrote the story, surely the officer would still be under investigation, but there wouldn’t be as much of an effort to double-check the validity of the article’s contents.

As a student journalist, a reporter has to be even more careful than a full-time employee of a newspaper. Students have to build solid reputations as accurate reporters if they want any shot at finding positions in the currently depleted job market.

Journalism students, unique from many other majors, are usually required to do work in their fields before they can graduate and pursue internships or freelance opportunities. But McDonald’s prior experience gained her no respect.

Two days removed from his comment in the Daily News, Vanore said he didn’t treat McDonald’s article any differently than he would had it come from a reporter from one of Philadelphia’s two major newspapers.

“There’s really no difference. It’s just that we didn’t know anything about it,” he said. “[At the time] we really had no knowledge of it. Just because she wrote it doesn’t mean it’s true. Nowadays, there are so many blogs, you just don’t know what you’re reading.”

On May 14, McDonald will stand with her classmates in McGonigle Hall and officially receive her degree in journalism. That day, she should not only hold a piece of paper but also a sliver of the respect that she should have been afforded all along.

Dave Isaac can be reached at isaac@temple.edu.

A Temple student dealing with over-whelming debt tells her story.