The “Save the Forest Bill” was recently introduced in the state, and environmental groups are rallying for its support.

Pennsylvania citizens are beginning to see that nothing really is sacred, and protected land is a sweet concept that is sadly circumstantial, especially when there’s big money involved. 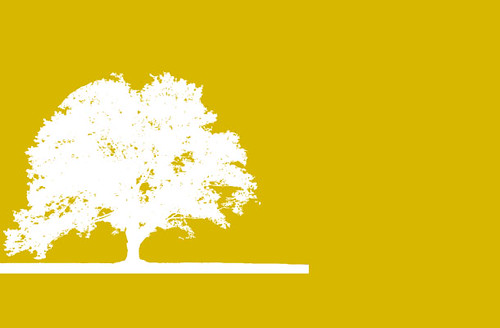 Nearly half of Pennsylvania’s 2.1 million acres of forest have now been tapped into by natural gas companies. The second proposal for a “Save the Forest Bill” might be as unsuccessful as the severance taxes and other regulations on drilling along the Marcellus Shale that the state senate has already turned down.

Individuals have the right to lease rights to any industry that thinks they can find something profitable on their property. But state forestlands are something everyone has a say in. Yet, members of our state government and a large number of Pennsylvania citizens have literally sold out to gas companies.

While many of the leases were issued during former-Gov. Ed Rendell’s term, it has become public knowledge that Gov. Tom Corbett received $361,207 in campaign contributions from gas companies. He and many other citizens across the state are expecting to earn royalties from any natural gas that is successfully extracted, at the expense of polluted waterways and devastated forestland.

Of the 61 state parks that lie above the Marcellus Shale, 85 percent of the acreage’s mineral deposits are owned by the state, and they are not hesitant to drill wherever they can gain permits. This will have devastating effects on many of the state’s natural areas.

“We have a huge outdoor recreation industry in Pennsylvania that relies on clean and safe waterways and natural resources like state forests that are protected,” said Christine Knapp, the director of outreach at the Philadelphia branch of PennFuture. “So if we opened them up I think we would be damaging recreation and tourism industries.”

Drilling on state forestland will lead to many of the same problems that have been actualized on privately owned property – radioactive chemicals being released into waterways, destruction of land for the construction of well pads, displacement of wildlife, demolition of roadways and an overall loss of pristine natural conditions.

Although many environmentalists say natural gas is a cleaner alternative energy source in comparison to other resources like coal, the hazards that come along with the practice of deep Marcellus Shale extraction makes any benefit to the conversion very minimal. However, none of the evident risks have been enough to keep hydraulic fracturing from happening.

According to leaked confidential Environmental Protection Agency documents that the New York Times obtained through open records requests last week, wastewater from hydraulic fracturing, or “fracking,” of the Marcellus Shale is not able to be properly treated and diluted of carcinogenic radioactive chemicals at this time.

The EPA states that this would mean these toxins can make it into the drinking water, since often times drinking water intake plants are just miles upstream from where the wastewater is dumped.

Industry experts and regulators say that only approximately 15-to-40 percent of the toxic fracking fluid is even brought back up from the well and taken to treatment plants, which means the remaining 60-to-85 percent is permanently underground and flowing through aquifers. That’s about 30,000 gallons of chemicals in the ground after each fracking job.

With these kinds of statistics, it’s hard to believe it was ever made possible for drilling to take place on state forest, park and game lands. But unfortunately, entire state parks in Pennsylvania, Moon Lake Park in being one, have been entirely closed down for the purpose of natural gas drilling.

Hikers will be thinking twice about filling up their canteens with what was once natural spring water along trails in parks such as World’s End and Ricketts Glenn.

If radioactive drinking water isn’t enough to hit home, anyone who enjoys outdoor recreation will be increasingly affected by the drilling. Hunters are just one group of sportsmen feeling the burden.

“Hunters have complained this last hunting season about coming up on wells and the noise and the racket being annoying and how it’s chasing the animals away,” said Lawrence “Moon” Cummings, a hunter and a lifelong resident of Dallas, Pa. “There’s acres upon acres that you now can’t go on, and we’re going to have to put up with that for as long as it takes them to extract the gas.”

Cummings said that the Pennsylvania Game Commission will supposedly make its share of money from the gas companies in the upcoming years. However, because the natural gas industry is not being taxed and held accountable for any damages they cause to the land in the state, most of the money the game commission is making is going toward regulations.

“The money should go straight into the game fund,” Cummings said. “But right now they’re using it to monitor the drilling. That shouldn’t be their responsibility.”

Pennsylvania is the only state that currently is not holding natural gas companies accountable by paying dues through taxation. There was a proposed bill for a severance tax that was supposed to be enacted by Oct. 1 of last year, but the Senate never picked it up.

“It’s shocking that [Pennsylvania] is the only state where major natural gas extraction is going on without a severance tax,” said Robert Mason, an environmental studies associate professor. “I see nothing wrong with funds that are needed for the common wealth of Pennsylvania, just as Alaska uses a tax on oil extraction to re-distribute to the citizens.”

Another current point of contention is whether Pennsylvania citizens should continue to fight for a moratorium or ban on all hydraulic fracturing methods of drilling in the state or simply accept that it’s already happening and accept the next best alternative – to push for better regulation of it to ensure safety.

Green Party member and executive member of the Sierra Club Northeast group Jay Sweeney said he believes there is no real way to ensure safety.

“There’s no way to regulate it when we don’t even have the right technology to filter things, such as radioactive chemicals from the water,” he said.

Sweeney and the rest of the Sierra Club Northeast believe that with a more educated citizenry and increased understanding of the risks, it is not outlandish to have faith in overturning legislation so that hydraulic fracturing can be stopped in Pennsylvania.

“Good investigative journalism and even social networking, are great ways to make people care about what’s going on,” Sweeney said.

In reference to the role social networking played in the recent revolution, he said, “We need to go Egypt on them.”

Student’s for Environmental Action has been taking the same approach of using education to address the issue. Amelia Garrett, the SEA president, said SEA held meetings within the last year to discuss the dangers of fracking and how to take action.

“We talked about it in terms of the election, and we lost that,” Garrett said. “ Joe Sestak had a lot more planned for regulating natural gas extraction. Corbett winning was a huge disappointment for us.”

Until the right technology is developed for the state’s wastewater treatment facilities to handle the burden of filtering fracking fluid, and until wells are able to safely contain the waste without allowing it to enter groundwater, it seems the best citizens can do is stay informed and involved.

“There’s a lot of work we have to do, and unless we’re all paying attention and pushing our legislatures, I don’t think we’ll get it done,” Knapp said. “What it would take for this to happen is a lot more public understanding of the issues and direct action communicating with legislators and letting them know how we feel about it and not letting them off the hook.”

Brittany Thomas can be reached at brittany.thomas@temple.edu.

Bar Guide: More than the typical burger and beer joint