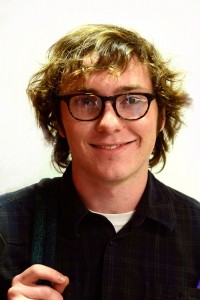 XTO Energy Inc., a subsidiary of the gas giant Exxon Mobil Corp., has recently been fined $100,000 for criminal violations and is forced to clean up a 2010 wastewater spill caused by hydraulic fracking in Lycoming County, Pa. Pennsylvania Attorney General Kathleen Kane’s office announced  Sept. 10 that the company will be prosecuted.

XTO is subject to three criminal counts under the Solid Waste Management Act and five counts of violating the Clean Streams Law.

The Inquirer reported on Sept. 22 that Robert Marquardt, who lives in the Lycoming County area, said there has been “no lasting damage” from the 2010 spill of the Marcellus Shale wastewater at the well site on his cattle farm.

Marquardt is not a geologist, hydrologist or an environmentalist. He is a farmer who leased out a huge plot of land for hydraulic fracturing. His land is also the site of a catastrophic wastewater leak, called “produced water” by fracking companies, referring to the myriad chemicals that contaminate it after the natural gas is acquired through fracking.

The numerical evidence reported by the Inquirer is alarming: More than 50,000 gallons of toxic wastewater spilled.More than 3,000 tons of soil were excavated and removed.This is the first criminal fine after 4,400 environmental infractions, according to the PennEnvironment Research and Policy Center.

According to the Environmental Protection Agency, XTO discharged pollutants for 65 days. After an official from the Department of Environmental Protection discovered the leak on Nov. 16, 2010 the damage was already done. Public awareness of the spill hasn’t spread until this year, despite the damage that’s been present. Kane was heavily criticized for simply doing her job – by finding XTO guilty and bringing this to the public’s attention.

It seems business people in the state are more concerned with the ability to make a profit than to preserve the environment. Gene Barr, the Pennsylvania Chamber of Business and Industry president, claimed that charging XTO has negative effects on potential local businesses, as he told the Inquirer on Sept. 13.

This statement should not come as a surprise, as he is a member of Gov. Tom Corbett’s Marcellus Shale Advisory Commission. Neither Barr’s nor Marquardt’s claims have academic experience in environmental protection.

Furthermore, there is a lack of ecological tests to disprove whether environmental harm was done to the area of the spill.

Contrary to Barr’s statement, businesses should always be liable for their actions. For far too long, the American public has been forced to pay for cleanups despite minimal funding for the Comprehensive Environmental Response, Compensation and Liability Act of 1980, also known as the Superfund. Likewise, those who live near devastated areas are often burdened with cancer clusters and are sometimes even forced to relocate.

“The criminal charges filed by the attorney general are unprecedented and an abuse of prosecutorial discretion,” XTO said in a news release on its website. “There was no intentional, reckless or negligent misconduct by XTO. The incident did not result in significant or lasting environmental harm.”

Curiously, this statement implies nothing of serious impact occurred at all. We can infer, however, that if more than 50,000 gallons of wastewater were unaccounted for, there had to have been an intentional, reckless or negligent cause. The claim is that XTO was a subject of vandalism. But XTO had no sensors, cameras, locks or security to prove otherwise or to prevent this from happening in the first place.

The Inquirer reported that XTO spent millions to excavate and remove more than 3,000 tons of the resulting contaminated soil, which was never repaced. Losing vital organic horizon, known as topsoil, can be devastating to an ecosystem.

As citizens of Pennsylvania, we should all thank Kane for standing up as a watchdog for the environment.

Exxon Mobil Corp. steadily reels in more than $5 million each month compared to the $100,000 Attorney General Kane charged in civil penalty to the federal government. This paltry fine offers little relief for future cleanups and is just a minute drop out of the dirty bank account of Exxon and XTO.

This is the first criminal charge the company faces – that fact alone should make any environmentally conscious citizen afraid for the future of the planet.

Toby Forstater can be reached at toby.mark.forstater@temple.edu.

Student taken to hospital and fourth floor of the building evacuated.

Columnist Joe Hoey breaks down both sides of the fracking debate and Aubrey McClendon’s role in the issue. I remember the first time I heard about fracking. I was sitting in the Student Center as a