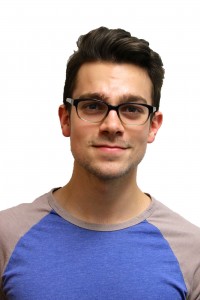 One of the defining issues of the Fall 2013 semester has been the way in which the university deals with sexual assault.

In a high profile case, Praise Martin-Oguike, a former Temple football player, was accused of raping a female student in a dorm in 1940 residence hall in 2012. Martin-Oguike was suspended from the team and subsequently expelled from Temple. On the first day of his trial, all of Martin-Oguike’s charges were dropped.

In addition, reports of sexual assaults in on-campus dormitories have risen threefold this semester. From Jan. 1 to Oct. 10, six sexual assaults were reported in residence halls, compared to two within the same time period in 2012.

Furthermore, Temple’s “Preventing and Addressing Sexual Assault, Domestic Violence, Dating Violence, and Stalking” policy was amended in October to comply with new federal guidelines set forth by the Violence Against Women Act. However, in light of the aforementioned incidents, it’s important to gauge whether Temple’s newest assault documentation is doing enough to help the community.

Both Dean of Students Stephanie Ives and Acting Director of Campus Safety Services Charles Leone said the university does not yet not know if assaults are on the rise or if the reporting itself has risen.

“It’s very difficult for [the university] to make a specific determination because historically, sexual assault is such an underreported crime,” Ives said. “The fact that reporting may or may not be going up isn’t a good measurement of whether or not the assaults themselves are going up, [as opposed to] whether that is an indication that victims are feeling more empowered to report.”

The Centers for Disease Control and Prevention maintains that nearly one-in-five women and one-in-71 men report experiencing rape at some point in their lives, and that 37 percent of female rape victims were first raped between the ages of 18 and 24.

This, of course, implies that hundreds, if not thousands of Temple’s 14,000 undergraduate women are raped at a campus the size of Temple’s in a given year. Put in context, a jump from two to six reported assaults seems more like a clerical error than it does a cultural sea change, but the rise in reporting must be lauded regardless.

Ives cited “Think About It,”    a program implemented in 2013 by the university to educate incoming students about sexual assault, as a potential reason for the rise in reports.

Across the East Coast, few schools have fared better than Temple in terms of reported forcible sexual assaults.

Except for Pennsylvania State University.

Sexual assault reporting increased by an unprecedented 1,300 percent at Penn State’s flagship University Park campus between 2010 and 2012, jumping from a scant four reported assaults in 2010 to a whopping 56 in 2012. Granted, far more students live in on-campus housing at PSU than at a school situated in the heart of a city as large as Philadelphia, but Penn State’s reported numbers seem to be the closest any large public or state-related school has come to mirroring the statistics that the CDC cites.

The school’s massive jump is, of course, a statistical outlier in the grand scheme of campus rape reporting, and can most likely be tied to fallout from the Jerry Sandusky scandal coming to a head in 2011.

However, – if it’s assumed that more reporting is a net positive – there are a few policy techniques Temple can glean from some of the aforementioned schools in order to facilitate more efficient reporting practices.

At the moment, very little of Temple’s online documentation warns students that they are far more likely to be assaulted by an acquaintance than by a stranger, something that the National Institute of Justice, a subsidiary of the U.S. Department of Justice, warned colleges to begin doing in their sexual assault policy statements back in December 2005.

The NIJ report, “Sexual Assault on Campus: What Colleges and Universities are Doing About It,” suggests that informing students that the overwhelming majority of forcible sexual assaults occur between friends, relatives and significant others can help confused or conflicted victims make sense of what may have happened to them. Only a single pamphlet from Campus Safety Services and an offhand comment in Temple’s Student Drug and Alcohol Policy mention the phenomenon at all.

Temple’s sexual assault policy was amended this semester in accordance with federal guidelines to include passages defining “dating violence,” but the policy itself does not properly contextualize the issue.

In contrast, the Rutgers Annual Campus Security and Fire Safety Report makes a distinction between stranger and acquaintance rapes in its crime statistic reports. Out of the six forcible sexual assaults on the New Brunswick campus in 2012, zero were committed by strangers.

More importantly, the Wellness Resource Center’s website – separate from, but tied to the sexual assault policy – is simply not yet the “hub of information” that it needs to be. The newly amended sexual assault policy, though thorough, is rife with dense terminology that may make it hard for most students to fully comprehend. Ives agreed that Temple’s websites can be used to help clarify the policy in the future.

Moreover, Ives confirmed that students are typically granted legal amnesty if they report an assault that occurred during a bout of underage drinking, but the policy makes no mention of the practice. Granted, students can and are encouraged to call Campus Safety Services or the Wellness Resource Center if they have questions, but any small deterrent to reporting that can be fixed easily by updating a website should not be overlooked. The University of Delaware’s Student Code of Conduct lists the university’s amnesty rules explicitly, as does Villanova University’s sexual assault policy, despite Villanova’s standing as a private school.

In addition, the University of South Carolina, another publically funded university, goes so far as to offer students the option to anonymously report sexual assaults through its website alone.

Though the Wellness Resource Center’s site may not be being used to its full potential, Ives maintains that the university is constantly adapting to recommendations from students.

“We do want to make sure that it’s not difficult to find information if you’re in a situation where you need it,” Ives said.

Of course, Temple, as well as most other large universities, extensively trains students and employees during their respective orientations each year, and offers multiple other resources throughout each semester. It would be absurd to imply that the administration or Wellness Resource Center don’t have a handle on the actual facts at hand. But for older students years removed from orientation events, there are simply not enough online resources available as a reminder.

Jerry Iannelli can be reached at jerryi@temple.edu or on Twitter @jerryiannelli.