The story has been told so many times that they recount it the same whether they are together or not. It is the story of how Hall & Oates, one of the most successful duos in rock history, came to be.

“It was at the Adelphi Ballroom in West Philly,” said Daryl Hall, 61, the taller, blonder and more vocally present of the pair. “A fight broke out between high school fraternities and gangs. Chains and knives came out, and the whole room erupted.”
“We went in a service elevator,” said John Oates, 58, shorter, with dark curly hair.

“That’s where we met,” added Hall, in a telephone interview with The Temple News from his home in upstate New York.
From that famed 1967 WDAS-sponsored Battle of the Bands came a group of two former Temple students who sold more than 60 million records worldwide, produced eight No. 1 singles, and still tour today – four decades after they first hit the road. 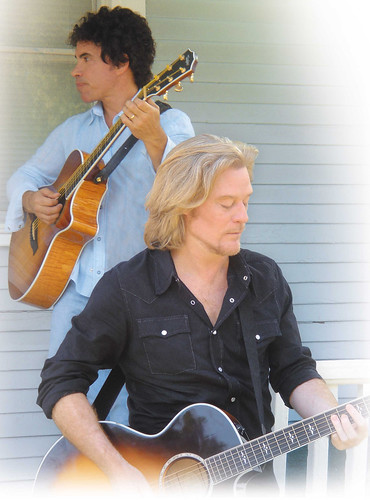 “I wanted more of a city experience and to get involved in the music business,” Oates said in a telephone interview. “That’s where Temple came in for me.”

Oates came to Temple in 1966, taking the train in each day. He taught guitar lessons and slowly involved himself in the burgeoning Philadelphia music scene. Oates was a journalism student, crafting his writing skills on an old typewriter in the then-new Annenberg Hall.

“I satisfied everything I needed to satisfy on campus and pretty much spent the rest of my time playing music,” Oates said.

Hall grew up in Pottstown, at the time a small town outpost rather than part of the Philadelphia suburban sprawl. By 17, he wanted out.

“I guess you could say that I had a pretty wild childhood,” Hall said. “I had vague ideas of a music career. I was always a musician.”
He said his choice of Temple was an outgrowth of that.

“It was considered to be the city college,” he said. “I wanted to move to Philadelphia for the music.”

And move he did – first to Overbrook, then to Mount Airy, and after becoming friends with Oates, to a Philly row-home on 406 S. Quince St. It is as an effective memorial to Hall & Oates as any. Though they’ve both left Philadelphia – Hall to upstate New York and Oates to Colorado – there is no questioning this city’s importance to the pair.

“If I ever had a home there, it was on Quince Street,” Hall said.

Though their names may not be as familiar to young listeners of today, their music remains widespread.
Hip-hop group Young Gunz, another Philadelphia duo, sampled the 1977 Hall & Oates hit “Rich Girl” for their 2004 album Tough Luv. Wu-Tang Clan, De la Soul and Mobb Deep have all also sampled the duo. And they still retain a devoted following.
In January, Oates announced he would start work on a second solo album sometime next month in Nashville. He has also been working on a one-man, acoustic show.

Hall has been experimenting with podcasts, playing with a host of different artists at his home, appropriately titled “Live from Daryl’s House.” The next production premieres March 15 at www.livefromdarylshouse.com.

In May, the performing rights organization Broadcast Music, Inc. will support the group at the 56th-annual Pop Awards in Los Angeles for being among the most influential pop icons in American popular music history.

“I like to think of ourselves as originators that are a part of a great tradition,” Oates said. “The sound of Hall & Oates is the sound of Philadelphia.”

Neither Oates, who graduated in 1970, nor Hall, who dropped out, have been back to Main Campus in years. The closest was a drive by to visit the Uptown Theater while they were shooting a documentary about the roots of R&B music. Temple, the school in the city, was never as important as Temple, the time in their lives, for this pair.

“We put in our time. We had our friends. Our lives were centered off campus,” Hall said. “If I had a picture of Temple, it is hanging outside of Mitten Hall and singing . . . hanging on those steps with friends, street corner singing.”

“I got a good education, got a diploma,” Oates said. “It allowed me to have an entrée into the music business.”

Moreover, Temple affected where Oates calls home. In January 1968, then an underclassman, Oates walked passed the old student union building on North Broad Street and was stopped by a small sign advertising a ski trip to Aspen, Colorado. It was the first time he was ever on a plane and the first time he saw his future home.

But Philadelphia has had a lasting impact on both multiplatinum-selling, former Temple students.

“You don’t leave Philly. I traveled the world, but it is just one of those things,” Hall said. “I feel like the whole city is my cousin.”

Coach Fran Dunphy will step down after the 2018-19 season before assistant coach Aaron McKie will assume his role starting in the 2019-20 season.

Due to growing concerns over COVID-19, Temple Athletics is suspending all varsity sports not competing in a “championship season” for at least two weeks.

Boyle (D-Incumbent) has secured roughly 72.2 percent of the vote.