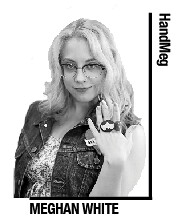 As much as I like crafting, I’m not quite sure how I feel about crafting in public. It’s one thing to work on cross-stitching while watching television in my living room, but it’s a whole other thing having people around you judging the quality of your work.

It’s obvious that I’m not a secret-crafter, but I enjoy working at my own pace and having the room to spread out.

During DesignPhiladelphia, Anthropologie hosted three craft workshops in three consecutive hours. Each of the three workshops was crammed into the side room of Anthropologie. While the fresco on the ceiling provided a great visual between workshops, I would have enjoyed a little more elbow room.

The first workshop was presented by Rough Draft Books. The owner, E. Bond, is an instructor at Moore College and often has workshops at her studio.

The book we made was a star book. I quickly realized that it might be a bit awkward to use as a book or journal, but it could make a fantastic piece of décor if the right paper is used. E. Bond also suggested using the books as holiday ornaments or seat markers at a wedding.

This was my first experience crafting with a group of people since I was a Girl Scout, and crafting with adults was sort of strange. Kids and frequent crafters tend to dive right into whatever craft is in front of them, but many people approached making this book with trepidation.

When the person next to me folded all seven, not just five, of his sheets of paper I wanted to tell him he was wrong. And when the people at the end of the table weren’t quite sure about the final fold, I wanted to do it for them. It was frustrating to me, but it wasn’t my place to correct those around me. I somehow managed to behave myself, hands folded in my lap and mouth shut.

Between these workshops, the few of us who were attending the first and second workshops realized that some edible treats had magically appeared on a small table to the side. We were thrilled to nibble on some snacks while waiting for the second workshop to begin. Elephant ears and crafts? My Saturday morning was complete.

And we didn’t really get to make custom stationary, or really any stationary at all. Instead we got a large, complimentary version of one of their letterpress prints that read “Bloom Where You Are Planted.”

I may have zoned out during the history of the letterpress–various communications courses have taught me all about that during my time at Temple. I had never actually seen or touched anything done with a letterpress. I was thrilled to find that in addition to the print being absolutely darling, the indentation made during the print process adds much more character to the print.

In addition to getting a free print, Two Paperdolls also brought the smallest letterpress they had. This allowed everyone participating in the workshop to operate the small machine and make a print of their own. While the only print we had the option of making was a smaller, business card size version of the “Bloom Where You Are Planted” print, it was still a fun experience.

The smaller machine only has the force of a human body behind it, which means that our prints didn’t get the lovely indentations that happened in the larger print. It also had me sort of wishing that I was fabulously rich and could use a letterpress to make my own personal stationary, you know, for all the letters I don’t write to people.

Lenora Dame presented the third and final workshop and we got to make a weighty bracelet, similar to ones stocked at Anthropologie. There was an entourage of people in tow, willing to answer any questions we had and help us find any supplies we needed.

Due to the amount of glue used, the bracelet was a bit of a challenge to make. While I was excited to see my all-time favorite E-6000 on the table, I had to mentally prepare myself for peeling glue off of my fingers for the rest of the day. Making the bracelet was simple enough: wrap a strip of fabric around a cuff based, and go to town with some decorative details.

We were allowed a lot of free reign and were encouraged to “bling up” our bracelets. My resulting bracelet was perfectly gaudy. Though it isn’t quite my style, the technique was something I had never thought of doing before. Maybe it was the fact that I was finally totally awake, or the fact that I was in a closed off room with industrial strength adhesive fumes, but I was pretty excited.

Despite the sort of early morning, my experience at DesignPhiladelphia craft workshops was a pleasant one. While it wasn’t quite what I had expected, I managed to learn a few new crafting techniques that I’m sure will carry over into my own crafts–but I’ll be sitting in my room watching “Buffy” for those. 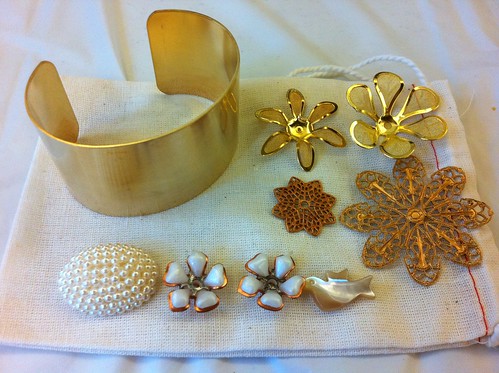 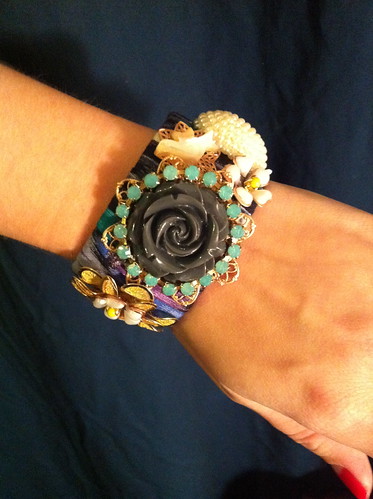 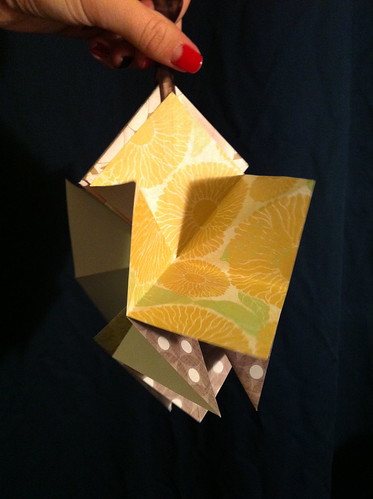 The first few weeks of the semester are always a bit hectic. Even in my fourth year here, I still find myself exhausted at the end of the day because I’m not quite into the

Columnist Meghan White offers crafts for those celebrating Valentine’s Day. I’ll be honest with you, I miss the Valentine’s Days of elementary school. Everyone in class had to exchange valentines with everyone else. And more

Columnist Meghan White creates crafts to give as gifts for the holiday season. As much as I like both giving and receiving handmade things, I don’t give or receive nearly as many as I’d like