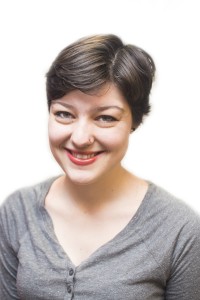 They were drunk, and so was I. It was Saturday and I was happy. It was dark and it was chilly, but our stomachs were full, our bodies warm. Like any other Temple students on a Saturday night, we weren’t thinking about much, save for maybe the football team’s depressing loss to Fordham earlier that day.

Laughing, my friends and I stumbled into the backyard. The neighbors were partying too, we noticed. I peeked over the fence and said hello. There were more than a dozen people, mostly men. There was a pong table.

“Chill out, dude,” one of them yelled. I have short hair. Very funny.

“She’s a girl,” my friend shouted back. We laughed.

The slew of profanities that followed the seemingly innocuous exchange certainly took us by surprise.

“We don’t believe you unless you show us your tits, b—-.”

I have the privilege of spending most of my time with people I have respectful relationships with, which I am unspeakably grateful for, and which has also lulled me into a sense of complacency. In short, I had temporarily forgotten that things like this could happen, and that a portion of Temple’s student body thinks it’s acceptable to act this way. I had no response.

When I could speak, I calmly called one of the guys over. I asked him what was going on, making sure not to sound threatening. He seemed as confused as I was. I tried to make amends, but as I did, more shouting ensued.

There were 20 or more of them yelling. In my eyes, this was a crowd. They were ganging up on me.

One of my friends got angry, but they brushed her off. It was then that I realized no matter what I did, I could not adequately defend myself or even be taken seriously. The power of numbers and sheer strength kept me from doing more than I did. I could feel myself getting ready to cry, so I promptly walked inside so as not to show weakness.

My friends tried to console me and said, “You are beautiful. You are wonderful. Don’t listen to what they say.” But my mind was far, far away from the boners, or lack thereof, of 20 plastered college students.

Instead, I wondered why the first thing they went for was my appearance. I realized that as a woman, I meant little more than my sexual appeal to them. Nothing I had done in my life, none of my achievements and none of my beliefs mattered to those people in those 30 seconds.

I have moved on from what happened that night. I will continue to grow and accomplish and add up to much more than a sum of my parts, reproductive or otherwise. But those 30 seconds? I will never get them back.

I am not leaving those 30 seconds on the 1600 block of Bouvier Street because those seconds are happening to someone else right now on campus. So far this school year, five sexual assaults have been reported at Temple. Five in one month, and that’s just what was reported. The number of women on campus that have experienced something similar to what I did that night is much higher, a number we can’t calculate, crimes we can’t police.

The weight falls on the shoulders of the student population. These particular sexual assault crimes fall in between the cracks of violence, write-ups and evidence. The only way to prevent them is to stop them at the source, and that source is us.

The people who lived in the house next door came over and apologized, to their credit, but why were they associating with adults who think this behavior is acceptable? I, for one, am embarrassed that the people who assaulted me that night will graduate with the same degree as I will. They were accepted into this school with me and will enter the workforce with me.

The way those men acted showed a glaring lack of maturity, human compassion or even the most basic sense of decency. And these college students, these legal adults, are not only harming the victims of their blind ignorance, but also Temple’s overall image. As intelligent, capable students, we should be collectively ashamed of this behavior. Being like these people or even remotely associated with them is below us.

You may have heard the words, “Every woman has a story,” regarding sexual assault, but you may not have realized just how literal that statement is. There is more to sexual assault than rape, and as students, we must dig between the cracks and end assault before it starts.

Grace Holleran can be reached at grace.elizabeth.holleran@temple.edu or on Twitter @coupsdegrace.

When your BAC exceeds .31 and the label reads Natty Ice, trouble brews, part 2

In honor of our Philly Bar Guide issue, Cary Carr and Ryan Rosengrant are encouraging readers to keep their drinking endeavors safe and classy, whether it’s relaxing with a good beer or walking in shambles down the street.

What starts as a friendly game of beer pong freshman year could eventually lead to a life of alcohol addiction.

Salah: Spring Fling is gone, if students like it or not

Spring Fling needed to go, and Temple is better off without it.