Senior public relations major Pat House is humble about his accomplishments. In class, he sits quietly and keeps to himself.

“I’m shy,” House said. “I don’t start conversations with people I don’t know.” House may be subtle in every other way – except when it comes to comedy. 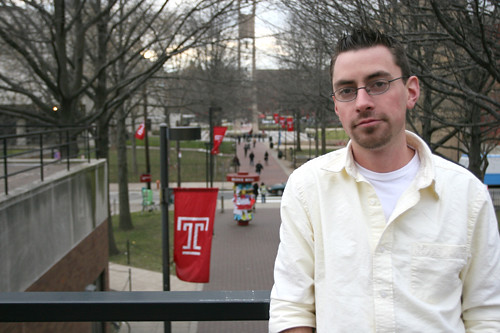 House got his start as a comedian in Springfield, Pa. He started to write comedy at the age of 19, drawing upon his own jokes and ideas for material.

“It was a whole new world that I instantly loved,” House said. “It was like an addiction.”

His career took off at an open mic night at the Laff House. However, House wasn’t sure if he had luck or talent when he first started. In fact, House didn’t even ask his friends to see his act until he had already been established.
“I didn’t know what people would think,” House said.

When he first started performing, he wasn’t confident in his skills, so House said he felt obligated to work twice as hard.
“My style and subject matter were completely different from everyone else,” he said. “I wanted to work extra hard and prove myself.”

House began growing as a comedian after his freshman year. So much so that he has gone from local comedian to local star. House has performed at many comedy clubs in the area – from the Helium Comedy Club to the Laff House – all the way to Stand-Up New York and the UCB Theatre in Hollywood. He even took a few years off from college to hone his skills.

“It really helped me focus on my comedy,” House said.

House’s dedication to his work has paid off. Since beginning his comedic routine, vendors routinely give House eight- to 10-minute spots, versus the three- or five-minute sets typically given to beginners.

But no matter how much time House has up on stage, it’s always about showing the audience his love for comedy, he said.
“If you mess up, do it again,” he said. “Don’t let it get you down.”

With age and experience, House’s style has evolved.

“I used to just write jokes with a punch-line style, but now I’m trying to write more personal things, so I look at college or other experiences to draw from,” House said. “I’m a big fan of what could happen – what would make something funny.”

When comedian Jonathan Graham graduated from Temple in 2004 with a magazine journalism major, he realized he chose the wrong path.

Graham had brief stints in comedy throughout college, but it wasn’t until he started reading Bernie Mac’s autobiography that he decided to give comedy a real shot.

“I’m fearless,” Graham said. “Even if I had failed as a comedian, I would have been fine.” 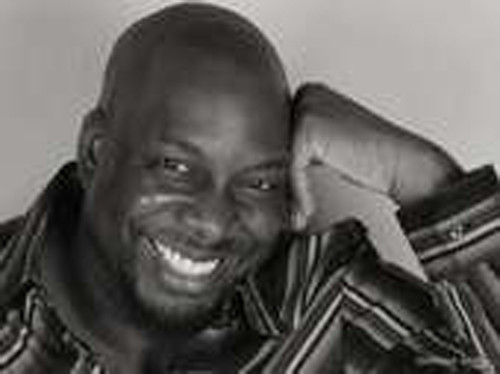 Once Graham left Temple, he noticed he had the ability to make people laugh. To work on his style, Graham began to watch open mic nights month after month, to study other comedians and the way they interacted with the crowds. It wasn’t until Graham’s 26th birthday that he really decided to try his luck.

“Comedy is very much about doing,” Graham said. “You get on stage and you have to be funny.”

On his first open mic night, Graham had a difficult experience.

“I was terrified,” Graham said. “It was intimidating.”

Still, Graham took that experience and ran with it. From a comedian’s standpoint, Graham uses the audience to improve his act. Graham described his style as “ad-libbing,” but relies on his spontaneity.

“I will abandon my planned set if the audience is engaged in another direction,” admitted Graham. “I always try to test the limit.”

Graham describes himself as an awkward person and uses his childhood and personal experiences as a part of his act on a regular basis.

“Everything can be comedy,” Graham said. “You just have to be willing to use it.”

Nonetheless, Graham said he knows that his career will never be easy. Since starting out, Graham has juggled a full-time job alongside his shows.

“Even though I love comedy, you have to pay the bills,” Graham said. “It’s not always just about comedy.”

In Graham’s opinion, it can take almost a year and a half to write a good joke – and even longer to prove himself in the eyes of the audience and other comedians.

“The audience can smell fear,” Graham said. “They can tell when you have no idea.”

Graham still recalls his first blackout experience – a time when he went on stage, and forgot his entire act.

“I had to walk off stage at the end of my joke,” Graham said. “The audience had no idea I messed up, but I did.”

Since that time, Graham has worked even harder to produce a more dynamic act. In the past month, Graham opened in front of 200 people on comedian Jim Norton’s HBO special.

“I was nervous, but I managed to pull it off,” Graham said. “You have to have confidence in yourself.”

Down the road, Graham said he hopes to one day be privileged enough to tour as a national comedian. Yet Graham keeps his dreams in check – he’s realistic about his possibilities and where his future might change.

“Comedy can break your heart,” Graham said. “You have to balance everything. Sometimes you can’t win.”

Stacy Lipson can be reached at stacy.lipson@temple.edu

A good chuckle can burn up to 3.5 calories.