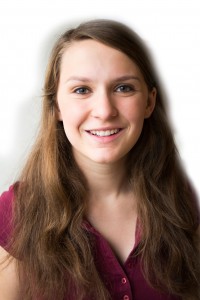 Everyone at Temple has seen it: the monolithic Morgan Hall, the topmost peak of the North Philadelphia skyline. However, while Temple constructed its newest building replete with all of the bells and whistles of a modern metropolitan apartment building, other universities suspect that such amenities may prove to be a double-edged sword.

Each apartment-style dorm in Morgan Hall includes two full bathrooms, a fully functional kitchen and a lounge area with a 42-inch flat screen television, not to mention an absolutely stunning view of the Philadelphia skyline. With so many accommodations, a student would hardly ever need to leave his or her room.

That might be just the problem, though. Multiple universities across the country have found that when students live in dorms comparable to fully-fledged apartments, they – first-years especially – often choose to stay in their rooms.

It’s true: Morgan Hall was designed with the intention to foster better academic and communal environments than previously experienced at Main Campus.

“People who went to college in the ‘60s and ‘70s will not recognize these dorms,” James Creedon, Temple’s vice president of construction, facilities and operations, said while building was underway.

With so much comfort inside their own doors, many students now find that getting to know neighbors is difficult. When asked about her living experience in Morgan Hall, freshman Maddy Pelesh said that she enjoyed the luxuries provided, especially the fully equipped kitchen, but the amenities also came with added feelings of isolation.

“I feel like I don’t know anyone on my floor,” Pelesh said. With the accommodations provided and entertainment as far away as the nearest computer, phone or television, students in Morgan Hall often find themselves lacking a solid community.

While seclusion is certainly a downside for all students in apartment-style living, building a strong college community is an especially pressing concern for first-year students. According to a study conducted by Dr. Linda K. Lau, professor of computer information systems management at Longwood University, freshmen who feel that they are part of a community are more likely to return as sophomores, and are also more likely to be successful in their college careers. Temple’s current freshman retention rate is 87.5 percent. While this is higher than the national average of 67 percent, it’s still lower than Penn State’s retention rate of 92.2 percent or the University of Pittsburgh’s 92 percent rate.

Some universities have foreseen the problems that come with reclusive first-year students brought up in luxury accommodations. The University of Pittsburgh’s newest housing addition, Nordenberg Hall, is designed for freshmen and includes such amenities such as a mini-fridge, microwave and a television. However, these rooms are not apartment or suite-style, as the dorms supply communal lounges and bathrooms rather than private ones.

As a result, students are able to foster a stronger community. Out of the entirety of the university’s available freshmen housing this year, Nordenberg Hall was the most requested from students at the University of Pittsburgh, according to an article by the Pittsburgh Post-Gazette. However, Pittsburgh is not the only university to recently opt for this style.

The University of Oklahoma has also constructed a new apartment complex in place of a 50-year-old building, yet it will retain a communal style of living. It seems that students simply meet more people in that style of hall.

“Due to the fact that I actually have to leave my room to go to the bathroom, I just run into more people in the hall, and sharing a bathroom with people doesn’t really bother me,” freshman Monica Fischer said of her living experience in communal-style Johnson Hall.

So where does that leave Temple? Morgan Hall, luxurious though it is, seems to foster a feeling of solitude, which is ultimately detrimental to the freshman experience. Late-night study breaks with the neighbors in one’s hall and hallway-spanning guitar jam sessions are some of the most memorable parts of the college lifestyle, and students often find themselves forming strong friendships with the people they meet in their freshmen dorms.

Communal life is a vital experience that many students find themselves missing out on in apartment-style living. Now, students can’t really control what sort of housing the university decides to build, but they can be aware of the pros and cons that come with each style and pick that which best suits their own needs. One might decide that they’d willingly forgo a sense of community for the ability to cook meals in a complete kitchen or the privacy provided by a personal lounge area. However, they’d be giving up an opportunity to meet new people and a chance to be a part of a new community.

Ultimately, that’s what some would define as the true college experience.

Temple will be the No. 7 seed at the American Athletic Conference tournament and face No. 10 Tulane on Thursday in Florida after Sunday’s 76-58 loss to Tulsa in Oklahoma.

Temple has back-to-back 6-1 wins after Friday’s victory against Wagner College at Penn.

Southern Methodist scored 40 points against the Owls last season, but the Mustangs will be without quarterback Matt Davis when they come to Lincoln Financial Field on Saturday.