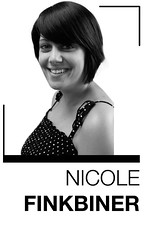 Our economy may be going down the toilet, but it appears that for women, this recession may actually have a silver lining after all—well, sort of.

According to a recent New York Times article, men represent 82 percent of the nation’s total job losses, and women are expected to dominate the workforce for the first time in American history.

But just as I was about to put on some Ani Di Franco and start celebrating my womanhood, I continued reading. It turns out this isn’t exactly the good news I was hoping for.

For starters, this sudden shift in the balance of power isn’t so much a sign of progress as it is pure luck. Women simply tend to be employed in more recession-proof fields like education and health care, whereas male-dominated industries, like manufacturing and construction, are more susceptible to layoffs.

Unfortunately, this doesn’t change the fact that jobs held by men tend to offer more hours, better benefits and of course, higher wages. Women now have to be the glue holding the economy together, while continuing to get paid 20 cents less an hour than their male counterparts.
Meanwhile, men are holding firmly to traditional gender roles.

A recent government study on how Americans spend their time reports employed women spend more time tending to household chores and their children than both employed and unemployed men do.
Instead of using their extra free time to help their wives, unemployed men simply spend it sleeping, watching TV or looking for a new job.

Call me a free-thinking gal in her twenties, but I thought marriage was supposed to be a partnership. Guess not.

A few weeks ago, an article in the Philadelphia Inquirer came to the defense of recently unemployed men, perhaps offering an explanation for their behavior. Its main argument: women don’t realize just how hard men have it.

Jerry Jacobs, a sociology professor at the University of Pennsylvania, also rose to males’ defense.

“Historically, men have been in the breadwinner role in families, and so their sense of self is wrapped up in their ability to provide,” Jacobs said. “So even today, when men are unemployed, that comes as a different kind of blow than to a woman.”

In other words, it doesn’t matter how these tough economic times may be affecting women because more importantly, the male ego is at stake.

Having invested four years and several thousands of dollars in preparation for my future career, I find the mere insinuation that men care more about their jobs to be incredibly insulting and ridiculously outdated.

Although, I feel I should mention that all the men interviewed for this article were in their forties and fifties. So, perhaps there’s still hope for the men of this generation.

In a perfect world, this recession would probably affect men and women equally, but if finally liberating women from their so-called “domestic duties” means emasculating thousands of men, so be it.