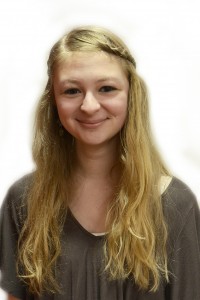 Want to know the key to upsetting a stadium full of girls? Take away their precious designer bags and watch all hell break loose.

The NFL has mandated a new rule regarding purses, handbags and backpacks in its stadiums. According to NFL.com, the bags now allowed inside Lincoln Financial Field and all other NFL stadiums must be the size of one’s hand.

“[The security policy] has evolved so that we can continue to adjust to the realities of public safety,” the NFL said on its website in regard to the change in rules. According to OwlSports.com, the official website of Temple Athletics, the NFL Committee on Stadium Security implemented this rule in May, affecting Owl home games thereafter.

This act of hand discrimination is simply ridiculous. At Temple’s first home game on Sept. 6, I witnessed a man  holding a girl’s purse for her because, yes, his hand was bigger. To the clever kid’s dismay, the security guard wasn’t understanding about it. She made the girl store her bag in a locker where she could pick it up after the game, regardless of the fact that the couple technically followed the rules. Long lines of impatient girls were being told to do the same.

This legitimately felt like walking through airport security. Where does it end?

Temple merely tweeted a link to the message from Owl Sports on opening day, barely giving their followers a heads up that the university is following the same rules the NFL has set.

Furthermore, Twitter might not have been the most effective way to inform a huge institution like Temple about a sweeping rule change. Twitter may be a big-time social networking site, but it still can’t reach everyone at a campus the size of Temple’s. This whole situation could have been fine if all Temple students were notified beforehand instead of being given a wakeup call once they got to the stadium. A simple email or even a few posters displayed on campus would have sufficed.

Emily Wetzel-Ulrich, a junior mathematics major, said she disagreed with the rule and reminisced about prior football games.

“I never had a problem getting into games,” Wetzel-Ulrich said. “I just don’t understand why they had to go and change things. Now it’s a hassle.”

Moreover, not only is the rule change inconvenient, it’s taking unfair aim at the fashion choices of female patrons.

“Girls have tight pants, guys have these huge cargo pants,” Hannah Clough, a junior advertising major, said. “Where do we put all our girly things? If guys can wear pants with ginormous pockets, girls should be allowed to have purses.” Fair is fair.

In past years, security would simply search patron’s bags. With the exception of the Boston bombing, acts of terrorism at American sporting arenas are historically rare. Why mess with a procedure that worked?

According NFL’s website, only bags that are clear plastic, vinyl, or PVC and do not exceed 12” x 6” x 12” are allowed.

There are now clear NFL tote bags for purchase inside the stadium. It’s a smart yet somewhat devious marketing ploy to sell these bags as a substitute after forcing patrons to get rid of the totes they brought with them. These bags help consumers feel safe while also putting a dent in their pockets. However, since profits from items like this don’t end up going to the university, does it seem fair to inconvenience other teams like Temple that use NFL fields?

Most likely, this policy will not be changing anytime soon. As long as this policy continues, here is some advice for would-be attendees: Carrying around a clear plastic baggy is not going to be very trendy, chic or whatever word hip kids are using today. But hey, break out that Bedazzler and get your craft on. Otherwise, I suggest leaving your things at home, unless you want to argue with a security guard that your Marc Jacobs bag is most certainly the size of your petite hand.

Emily Melendez can be reached at emily.melendez@temple.edu.

Despite having their best showing against No. 23 Penn State in years, the Owls lost, 22-13, after sophomore running back Bernard Pierce was injured.

After six transfer, Owls picked to finish last in The American.

Frain and his team will play Maryland on Sept. 21.