Already a box office hit, This Is It displays a lesser seen side of the King of Pop.

This Is It, produced and directed by Kenny Ortega, comprises an hour and fifty-one minutes of rehearsal time and other behind-the scene footage from April 2009 through June 2009 in the late Michael Jackson’s life. Eight days before the start of his 50 sold-out shows at London’s O2 Arena, Jackson died June 25, 2009, at age 50. 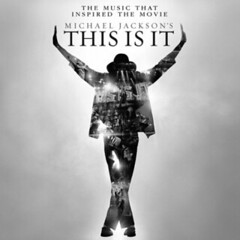 Opening in 3,481 theaters worldwide, the film grossed $101 million in its first five days, according to the Associated Press, with United States box office estimates totaling more than $34 million.

The film may be behind-the-scenes footage of the show, but what it seems to reveal is a side of Michael Jackson’s personality rarely seen by mass audiences.

The film also points out at times what makes Michael Jackson a fashion icon, with sharp-shouldered blazers and sequined gold pants – two of Jackson’s signatures – are popping up this fall in magazines like Teen Vogue. Customized outfits for Jackson with special effects, such as lights, were also in development.

Aside from footage of Jackson, the film featured four singers, guitarists, drummers and dancers. A million dancers auditioned, the film said, but only 11 male back-up dancers were chosen. The footage showed them learning and practicing choreography and participating in yoga and Pilates classes.

Ortega revealed that Jackson wanted This Is It to be a show of fans’ favorites. An online contest offered fans the chance to vote on which songs they wanted to see in the show.

After the opening, moviegoers become audience members in Jackson’s final performance, getting a look at everything from fire streaming across the stage for “Beat It” to crisp choreography in tune with every beat of “Jam.”

But the show doesn’t stop with stunning pyrotechnics or sharp dance moves. Before “Smooth Criminal,” the producer shoots a scene in which Jackson arrives in the middle of a mugging. After editing, the film was transformed into an old-fashioned black and white show. Jackson enters the stage, singing, “You’ve been hit by, you’ve been struck by a smooth criminal,” and the piece ends with Jackson jumping through a window in the short video.

For “They Don’t Care About Us,” green screen turns 11 male dancers into one million, wearing black G.I. Joe outfits and dancing as soldiers.

Near the end of the show, Jackson gives an emotional performance of “Human Nature.” The short film shows a young girl exploring a beautiful nature scene. Throughout the performance, nature scenes are destroyed and by the end of the song, there’s just one plant left in the forest. The lonely girl spots it and is nearly crushed by the tractor. On stage, a 3-D tractor opens, and out comes Jackson.

Diana Cooper can be reached at diana.cooper@temple.edu.

Uptown Theater to enter final phase of renovations this year

The multi-million dollar restoration to the nearly 100-year-old theater will enter its last phase.

For years, Jeffrey Chapman juggled a full-time job, pursuing a master’s and fathering his two sons.