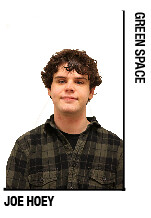 Columnist Joseph Hoey discusses the urban farming initiatives to promote a clean city and  a sense of community.

Whenever I’ve had friends from out of town visit Main Campus and the surrounding area, one of the first things they notice is how incredibly absent “green” is.

I’ve heard Temple be described as a “concrete jungle.” This is perhaps most noticeable when walking by Anderson and Gladfelter halls. Much of the area surrounding Main Campus, and much of the Philadelphia is missing the green that suburbanites and country folk have come to know and love.

What many people don’t know is that Philly actually has a rich history of urban farming, urban gardening and green parks. The city is home to a considerable number of parks, and as one of America’s first major cities, it has a history of agriculture. However, as with many American cities, industrial growth led to a decline in both space and greenery. Fortunately, a slew of community-oriented groups have been looking to help foster a greener future for Philadelphia.

In recent times, Philadelphians have been drawn back to the concept of urban farming and gardening as an effective way to provide healthy and natural food for communities. Urban farming has helped foster community in various types of neighborhoods. While many urban farms have traditionally been set aside by foundations and organizations, in recent years Philadelphians have tried to take advantage of the vast body of vacant lots within city blocks.

Vacant lots are often seen as a sort of “unknown territory.” Residents are not sure of the legality of using vacant lots, as the lots are usually someone’s property. However, absentee landowners often make for blighted land plots. Vacant lots can become messy and overgrown with time.

Vacant lot urban farming gives community members an incentive to keep a lot clean. After cleaning the lot itself, community members get a space that can give back in a slew of ways. Children can play in and around the lot, healthy, natural food can grow in the lot and the neighborhood can develop both a better image and a stronger sense of community.

Perhaps the most buzz-worthy vacant lot gardening organization in Philadelphia today is actually an offshoot of the “Occupy” brand. However, vacant lot urban farming has actually been in the works in Philadelphia for a while now. While the “Occupy” label has helped gather momentum, energy and awareness around the movement, it’s hard to claim that the so-called Occupy Vacant Lots’ gardening goals are super innovative.

What Occupy Vacant Lots should be lauded for is arguably renewing widespread interest in what some were concerned was a “dying” trend. In his 2008 University of Pennsylvania report on urban gardening, Penn professor Dominic Vitiello found a 50 percent decline in the number of active urban gardens in Philadelphia. Vitiello contributed this to both the aging of dedicated gardeners and a decline in institutional assistance. Occupy Vacant Lots represents an important part of growing a new generation of urban gardening devotees.

For those who either dislike or have simply grown weary of the “Occupy” label, there are quite a few other organizations to engage in. A cursory review of other organizations engaging in vacant lot development urban farming includes Urban Tree Connection and the New Growth Project. Additionally, various neighborhoods have run their own gardens for countless years. Other related projects include Philadelphia’s large body of flat roof farming groups and urban tree planting organizations.

While these urban farming initiatives may sound wonderful, there are some practical challenges. As previously mentioned, many vacant lots have actual owners. If not, the city may decide it has a desire to sell lots as areas develop and value rises. Neighborhoods often have trouble challenging the city in instances of sale.

One of Mayor Michael Nutter’s goals is to make Philadelphia the “greenest” city in America, and part of his green plan is providing a high level of access to local food. However, the mayor and the city must often weigh the value of a lot with its development. Likewise, because all of their hard work could be lost with a sale or claim, vacant lot advocates must pick and choose their locations for now.

However, the city government has used more subtle methods to promote urban gardening. Philadelphia recently raised private lot licenses from $30 to $300, but this fee can be waived if the lot is being used for a garden. While Nutter seems to favor the idea of community gardening and vacant lot gardening, there are a lot of politics to navigate. Still, with so many newly dedicated community gardening advocates, it’s hard to believe that progress won’t be made sooner than later.

It can’t go unmentioned that Philadelphia’s urban farming and gardening scene is far more vast than I can possibly describe in one column. I haven’t even mentioned Main Campus’ own Temple Community Gardens, which is well worth looking into for any student interested in engaging in urban growing practices.

Joe Hoey can be reached at