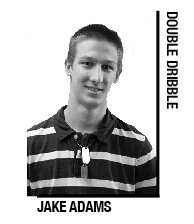 The women’s basketball team jumped on the Miami (Ohio) RedHawks 70-36 in McGonigle Hall on Friday, starting off right where they finished last season after placing third in the Atlantic Ten Conference and posting a 24-9 record.

Some things stayed the same this season for the Cherry and White, such as their suffocating defense and the play from their Big Three.

“Coach came up with a new motto going into the game, ‘Defend to win,’” junior forward Brittany Lewis said. “I think we just tried to take away their game plan, if anything.”

And some things were different, like their physicality in the post and the production they saw from their freshman class.

“As long as our guys are going out and giving 110 percent you can’t ask for much more,” Cardoza said of the post players. “I thought [Lewis] did a great job of scoring for us.”

Regardless of the similarities and differences of last year’s squad and this year’s, the Owls looked in mid-season form in their season opener. For at least one night, Temple answered all the questions facing them in the offseason.

Who would start in the post? Senior center Joelle Connelly and Lewis impressed in the frontcourt.

How would the freshman class—with guards Rateska Brown, Tyonna Willams and Monaye Merritt—handle running the offense when one of the starting guards are forced to sit out? Pretty well, actually, with 14 combined points.

“They looked pretty good,” Cardoza said of the three freshmen. “It was really good to be able to play [Merritt] and [Brown].”

The Owls struggled to find the rim in the first half with just 30.8 percent shooting and 28 points, but they fought off the pre-game jitters and proved why they’re a favorite in the A-10 this season, Cardoza said.

“I was very frustrated with myself that I was missing open shots and wide open layups in the first half, but I tried to stay focused and eventually I just let it go and my shot started falling,” Peddy said.

Peddy was once again the front woman of the Owls’ Big Three, scoring 15 points and grabbing six rebounds. She also recorded three steals, showing why she’s a defensive nightmare for the opposing team’s best player.

“I love stealing the ball,” Peddy said. “I feel like it frustrates whoever passes the ball, whoever I’m defending, and I feel like steals is the only way I’m probably going to get [A-10 Defensive Player of the Year].”

“Going into the game I told [the coaches] that [Redhawks’ junior guard Courtney Osborn] wasn’t going to score more than 12 points,” Peddy added.

Williams also stepped up for the Owls with six points and six assists in her first game as the full-time starting point guard.

“We had open shots,” Cardoza said. “BJ [Williams] was getting players wide open shots and in the second half we just knocked them down.”

Connelly, Lewis, junior forward Natasha Thames and sophomore forward Nikki Works complimented the Big Three well, adding a physical presence on defense that was sometimes absent last season. Temple pulled in 24 offensive rebounds on the night, compared to seven by the RedHawks. Even though Connelly fouled out in the second half, the front court combined for 22 points, 27 rebounds and three blocks.

“We frustrated them and forced them into a lot of turnovers, which resulted in us going down to the other end and trying to score,” Cardoza said.

“I think game one definitely built my confidence,” Lewis said.

The Owls put on a clinic in the second half, scoring 42 points while allowing 19.

Temple outshot Miami (Ohio) 48.4 percent to 25 percent in the half and allowed just one three on the night.

And as for the third member of the “Big Three,” McCarthy, she played pretty well, too. The Owls’ current career-leading scorer knocked down 13 points to go along with six rebounds.

“They’re the guys that have led us and guided us to the point that we are,” Cardoza said of Peddy, Williams and McCarthy. “They’re our leaders.”

Call it coincidence or call it karma, but either way junior guard Shey Peddy saved the day for the Owls against the Rutgers Scarlet Knights in a 60-58 thriller. “I knew if I just drove

Junior guard has made an impact off the bench.