Since graduating from Temple in 2003, 29-year-old Rev. Tariq Craig has established himself as a prominent Philadelphia minister. But last year, Craig faced an unexpected challenge after he was diagnosed with a rare form of leukemia and made dependent on a successful bone marrow donation and transplant for his cure. On Thursday, members of his church will be holding the “Be the Match” bone marrow drive to find donors, not only for Craig, but for other afflicted persons around the country. Craig spoke with The Temple News about how his experience has taught him about the struggles of dealing with cancer and has opened new doors in his ministry. 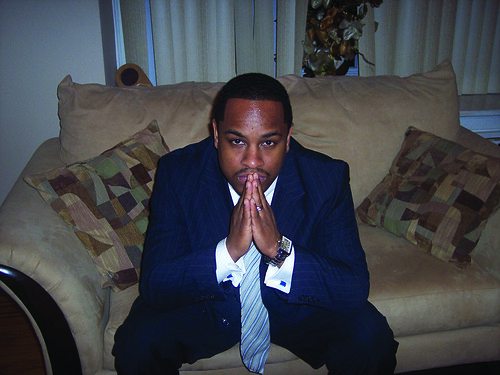 The Temple News: When did you first decide to become a preacher?

Tariq Craig: I went to the ministry full time as an associate pastor at the First African Baptist Church, and I found out I had cancer literally right after, which was a very rare dynamic. If I can be honest I’ve always thought I’d go the professional track and do preaching as a ministry, not necessarily a full-time job. But God really began to bless my ministry and [opened] up my doors to where I got to be a better minister than [a] counselor, and my ministry took off. I never aspired to be a full-time pastor – I spent all those years [thinking I’d be a counselor], but God had a different plan for me.

TTN: What kind of programs do you hold for the community?

TC: We do everything at a church our size. We do outreach in every capacity. We have programs for the homeless [and] youth programs [such as] sporting events to keep young people off the street. In Sharon Hill there’s a lot of poverty so once a week we open our doors and serve the community with nonperishable food and clothing. Particularly because I’m young, I do a lot more with the youth. We do college preparation [and] take them on tours – you name it, we do it.

TTN: Tell us about your Christian-rap group.

TC: It started in 2001. What I found was that a lot of young people in the city and community are highly influenced by rap artists talking about degradation of women, drugs and sex. I found out I had a little talent to rap and rhyme, so I decided to give them what they’re already getting in the world with a positive spin. We started rapping about positive things and Christian virtues, and what we found is we went to different churches throughout cities in Jersey, Delaware, [in and around] West Chester, and a lot people started listening to us. It was a blessing because it grew a big following and people stopped listening to secular artists.

TTN: How will the bone-marrow drive on Feb. 5 work?

TC: I’ve been battling cancer for the last 11 months. It went into remission three months ago so I stopped treatment, but then it relapsed, came back and spread throughout my body. [I was told] the only way I can survive this is with a transplant.

There are 12 million people in the registry willing to be donors to someone dying of leukemia, but only 7 percent of the national registry is made up of minorities. There are 10,000 people waiting for a donor every year, and a 7 percent chance that you’ll find a match – that’s a horrible statistic and I fall into that.

We decided to have a [bone-]marrow drive and open it to the community. We are targeting minorities because there are so many Caucasians in the system. I don’t know why this is with minorities not signing up, but I’ve created so many networks as a rapper and a minister [I thought I could help] getting people registered for the system. We want to get as many people to come out as possible. If you’re not a match with me you could be for the other 10,000 – we’re talking big scale.

We’re having the event at my church and opening our doors all day. Testing takes 10 minutes – it’s a cotton swab in the cheek; there’s no blood, no pain. That sample will get stored, and if someone is in need of a transplant and you’re a match, you can go in and possibly donate and save a person’s life.

TTN: What has your experience been, and what have you learned since you were diagnosed?

TC: To be honest, the neat thing about it is prior to last year when I first got my diagnosis I didn’t know anything about [cancer]. I was perfectly healthy, and it caught me completely off guard. My initial reaction was intense fear and shock, mainly because I was ignorant of how cancer works – cancer equates to death was the first thing in my mind.

The only experience I had in the last few years were situations where I was notified at the last minute of people dying from cancer. So I immediately thought, “Wow, the last three people I prayed for were in their last days.” Being ignorant to the types [of cancer] and cures, I automatically felt shock and fear because my experience had been doing funerals and saying prayers for people with cancer. Learning more about cures, hope came back to me, and my faith came into play. I realized that I can overcome it. I’ll tell you what I’ve learned a lot in the last 11 months. I can be the cancer expert now.

I plan to use this insight when I get better to help those suffering from different types of cancer. It’s going to be a big part of my ministry because everyone now has been affected – either themselves or a family member. All of us are touched by it and it’s unfortunate, but that’s how rapidly this [epidemic] is growing. People started this for me, but then I started realizing this is bigger than me and we can get people in the registry and find a match for a child [who’s] dying.

You don’t know Tom Meyer? Well, you should. The aspiring comedian is a senior communications major who, at 22, has already appeared on one of America’s most delicious reality television shows. The Temple News: What

Maryland-raised Melanie Martin is a natural city girl. Beginning her college career as a shy freshman who hardly went out on the weekends, Martin has matured into her senior year. A communications major, Martin hosts the show “Fabulously Focused” on Temple’s WHIP and has recently created her own Web site based on the show.

If Temple didn’t already have Hooter the Owl as its mascot, Temple Police Officer Michael McShane would be it. On patrol, McShane can be spotted steering around Main Campus throughout the day and, at times,