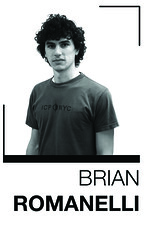 About a month ago, I was working on a street photography assignment for a filmmaking class. On March 17, I saw a homeless man exposing himself to students walking by. Shortly thereafter, a few Temple police officers approached the man. I was in luck, I thought.

What could make better street photos than ones of a man literally caught with his pants down by a group of cops? I went around to the sidewalk to get a better view.

What I ended up getting was disciplinary probation through the Fall 2009 semester and 20 hours of community service for a code of conduct violation because I disobeyed a “duly authorized university personnel acting in his official capacity.”

This “official capacity” shouldn’t give Temple Police officers the right to change the laws as they see fit.

As I got closer to the scene, and not before I managed to snap a few good shots, I received a not-so-warm welcome from an officer who told me to “Get the f— out of here,” and grabbed my arm to shove me in the other direction.

At a meeting with the University Disciplinary Council, the officer denied saying this.

Having been taught in my class that it is perfectly legal to take pictures in public, I was a little hesitant to leave the scene. This was a good opportunity, and I didn’t want to miss it because of a few sour cops.
But I did leave, aware of how people in positions of authority tend to function when someone doesn’t listen to them, even if what they are saying is blatantly wrong.

Once I decided I was at a safe distance away, about 60 feet, I used my telephoto lens to see if I could take a few more shots of the situation, then went back to join my friends on a bench.

Who knew how camera shy a few police officers could be?

Two officers, including the one who originally approached me, rode up to me on their bikes.

“You don’t like to listen, do you?” the other asked.

When I asked what it was I did that was illegal, he decided to strong arm me to my feet and get my ID himself.

The fact that he had picked me up and stuck his hands into my pockets bothered me, since I still hadn’t heard a real explanation for why I was being approached.

They told me I had interfered with a police investigation and that taking pictures is legal until the police say it’s not.

The truth is, I did not do anything illegal, and these officers knew that.

I know cops are supposed to be here to keep us safe, which they thankfully do, but who’s protecting the kid with the camera?

Brian Romanelli can be reached at brianromanelli@temple.edu .

Female student is dead after self-inflicted gunshot wound at the Liacouras Center garage.

The TUalerts are often issued by Campus Safety Services for crimes like shootings and theft.