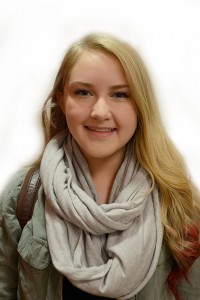 Some students deal with the misfortune of getting smoke blown into their faces when walking down Liacouras Walk, entering dorm buildings or walking to class. For those nonsmoking students, the idea of a smoking ban on campus may seem too good to be true, and some may even find it unrealistic. But the reality is that Temple is toying with the idea of making its campus smoke-free.

Just how Temple would prevent students and faculty from smoking on campus has yet to be decided, but it seems as if colleges across the country are already taking part in the initiative. According to Americans for Nonsmokers’ Rights, there are at least 1,177 100 percent smoke-free campuses, in the country. Of these, 792 are tobacco-free. Now, many of these campuses are small community colleges with little campus space, but the list includes the University of California, University of Arkansas and Quinnipiac University.

Skepticism among Temple students about the changes is high, and many may wonder how the university can even pull this off. The fact that Temple is a public school and is an open campus makes the idea of enforcing a nonsmoking policy on school grounds unrealistic.

“It would be nice if Temple was tobacco-free, but we are in North Philly and Temple is an open campus,” freshman Leah O’Gorman said. “Do I enjoy when people smoke around me? No, but there is nothing we can do about it.”

Babysitting students and faculty who are of the legal smoking age in Pennsylvania could be even harder.

“I just don’t get how the school could ban something that can legally be bought by students at a convenience store right [near] campus,” freshman Emily Rothstein said.

“If I’m legally allowed to smoke off campus, I should legally be able to smoke on campus,” freshman Will Morris said.

The inconvenience for smokers is inevitable and would affect a smoker’s lifestyle if they live on campus.

“[Nonsmokers seem] outnumbered and I don’t think it would pull through,” sophomore film major Maxwell Minka said. “I’d like to be able to smoke on campus.”

Furthermore, banning smoking on campus may cause students to venture farther away from Main Campus to sneak tobacco.

“I don’t want to have to walk to my house to smoke or go into the unsafe environment [around] Temple to smoke a cigarette,” Minka added.

Whether Temple restricts tobacco on campus or not, it’s clear many students aren’t in favor of the ban. From the start, the plan seems inconvenient, dangerous and flawed.

Kate Reilly can be reached at kathryn.reilly@temple.edu.

Smoking does harm to more than your lungs

Students can reduce effects of smoking on the environment by stamping out cigarettes in designated receptacles or by kicking the habit altogether.

The university announced Tuesday that it will ban cigarettes, cigars, hookah and devices, like Juul.

A smoking ban would be a welcome improvement.