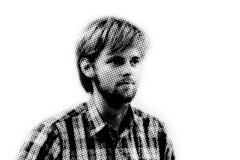 Police Commissioner Charles Ramsey unveiled his new policing strategy for Philadelphia last Wednesday, receiving thunderous applause from the legion of assembled officers and cadets at the Wachovia Center. Their cheers were for something rarely seen in bureaucratic tangle of Philadelphia government: simplicity.

In essence, Ramsey’s plan is to steer Philadelphia Police back to some of the very basic pillars of effective police enforcement. One of the largest and likely most important changes being made will be the redeployment of the PPD’s 6,500 officers to the most violent districts in the city. Nine of the 23 police districts contain 65 percent of the city’s reported crimes, and yet haven’t often been specifically targeted in the past. Ramsey plans to redistribute police from other parts of the city to these districts, along with most of the 200 new cadets set to graduate in May and some officers who will be redeployed from desk jobs.

This is perhaps the most basic part of Ramsey’s plan, and yet something that was inexplicably neglected in the past. Target the areas with the most crime, and move more police there. It may not be elegant, but it is at least logical, something curiously absent from the previous commissioner’s plan.
Amazingly enough, Ramsey has also undertaken the task of actually redrawing the city’s police districts to concentrate on areas that have higher crime rates.

“Violent crime is not equal across this city,” Ramsey said in announcing his new plan. “We must recognize this reality and address it.”

This platitude also seemed to escape the previous commissioner.

The 22-page plan has many other smaller changes that are all important but too numerous to list fully. It includes reinstalling vehicle, bicycle and foot patrols district-wide to reassert a visual police presence. I can’t remember the last time I saw a cop walking the beat.

Surveillance cameras and stop-and-frisk searches encroach upon our freedoms undoubtedly, but realistically speaking, both already exist and are used as tools of the police. Their use may as well be expanded into the areas where they are needed most, especially since Philadelphians overwhelmingly voted to allow the police to use them to curb the murder rate.

After eight years of former Mayor John F. Street’s and ex-Commissioner Sylvester Johnson’s bumbling attempts to lower and continuously suppress crime through flavor of the week “initiatives” that sapped resources but went nowhere, a simple, logical plan is a godsend.

I will say this much: these are changes that even a layperson could probably have recommended. It is fantastic if they can successfully be executed, even if it is late into the game. However, basic changes only set a foundation. The real test of the department, Ramsey and Mayor Nutter will be to see this foundation maintained and built upon.

Ryan Briggs can be reached at rwb@temple.edu.