The U.S. may need to stop polarizing the Mosque debate and shift the focus to the people affected by fear and poor politics. 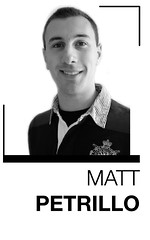 The late-summer debate over the Park51 Islamic cultural center plans, which include building a mosque two blocks from ground zero, is far from over, especially as the ninth anniversary of Sept. 11 approaches. Although the issue focuses on whether religious freedoms are encroaching on the sensitivity of the victims of Sept. 11, it has progressed into a politically polarizing feud between the United States’ dominantly liberal mainstream media and the nation’s culturally ignorant, conservative agenda.

Some conservatives’ pathetic attempt to play the victim card with cries that the building’s close proximity to ground zero represents a lack of “sensitivity” to Sept. 11 victims and overall political weakness has somehow gained positive momentum.

Liberals, on the other hand, countered the claim with an optimistic approach by suggesting they need to prove that while U.S. citizens can be sensitive to Sept. 11 victims, they first need to be tolerant of religious freedom as a way of besting the war on terror. For instance, during New York Mayor Michael Bloomberg’s visit to Philadelphia in mid-August to endorse Joe Sestak for U.S. Senate, Bloomberg told a crowd at Progress Plaza that “another mosque in NYC would add to its diversity and be good for the city. But if you want the terrorists to win without firing a shot, then you take away the very freedoms that our young men and women around the world are fighting for.”

Freedoms are rarely black-and-white issues, but as liberals eagerly try to force religious tolerance by continuing to associate Islam with terrorism, they are further stigmatizing the somewhat counter-cultural religion as a socially destructive community.

“We try to work for the unity of this country,” said Khalil Malik, a leader in the Philadelphia Ahmadiyya Muslim community. Although he said some people assume that all Muslims are terrorists due to “those extremists [who] have hijacked the name of Islam,” he said most Muslim sects have a long history of nonviolence.

Ahmadiyya Muslims, whose headquarters are in London, say they are the fastest growing of more than 70 sects of Muslims in the U.S., despite their claims of religious persecution. Ahmadiyya Muslims say they are targeted indirectly due to U.S.-funded hate campaigns held against them in other regions of the globe.

In May, more than 80 Ahmadiyya Muslims were killed after an attack on their mosque in Pakistan. And in mid-August, Pir Habib-ur Rehman, a Philadelphia resident, was gunned down in Pakistan – the first Ahmadiyya U.S. citizen killed for his faith in almost two years – which they blame on state-sanctioned persecution.

As a result, many Ahmadiyya Muslims have been flocking to the U.S. for dozens of years, which they boast as an “almost ideal” host for the Muslim lifestyle. They say they are grateful for the U.S.’s religious tolerance, but at the same time, question U.S. motives as the country continues to provide aid to Pakistan.
The U.S. has provided the largest charitable response to the recent flooding in Pakistan, which the New York Times suggests is an effort to change the negative impression that 68 percent of Pakistanis hold against the U.S. Ahmadiyya Muslims in Pakistan say the government refuses them aid relief, despite that the majority of that aid is provided by the U.S. They say that, culminated with the extremely hostile atmosphere they face in their own country, the U.S. promotes its religious persecution by continuing to fund the Pakistani relief efforts.

Conservatives will continue to exploit the symbolism of the New York City mosque and use it to attack vulnerable Democrats – and they should, so long as the Obama administration continues to provide aid to a nation that promotes extreme anti-American values. This perpetuates an equally religious ignorance in the U.S., which is exactly the civil hysteria extremists want to happen.

“We cannot allow these emotions to be manipulated to equate the entire Muslim community with terrorists,” Malik said. “That would be a great shame and a great injustice.”

Please your every tastebud with a trip to Kilimandjaro

Go hands-on and dig in at Marrakesh

The town hall featured a panel that included a former congressman, a talk show host, a newspaper editor and a political science professor.