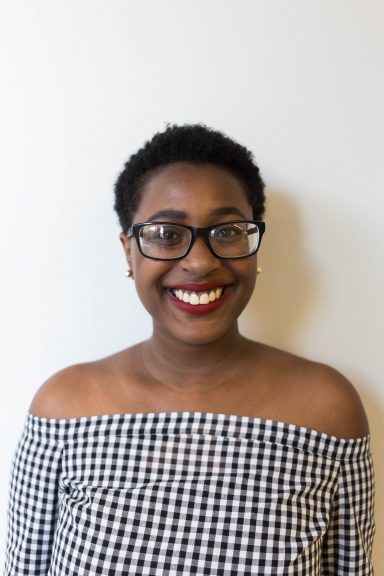 As a struggling college student, H&M’s $13 dollar shirts are my holy grail. In fact, any fashion retailer with low prices is immediately appealing to me. But after I learned about the conditions of these retailers’ factories, it was hard for me to even set foot in an H&M.

Turns out, many of these factories expose workers to harsh labor conditions like sexual harassment, long hours and compensation less than the United States minimum wage. College students, as educated consumers, should see past low prices and make an effort to stop supporting companies that contribute to fast fashion.

According to the Institute for Global Labour and Human Rights, 70 percent of production in the Next Collections Limited factory — located in Bangladesh — is apparel for Gap and Old Navy. In 2013, the same factory was exposed for beating its workers and paying them as little as 20 to 24 cents per hour.

These companies participate in what is known as “fast fashion,” the process by which retailers create and sell clothes in the most cost-efficient ways possible, which often involve exploitative labor and sweatshops in foreign countries.

Fast fashion is unethical, and we should avoid purchasing clothing from companies that participate because they put people at risk internationally on a daily basis.

According to a report from Vice, H&M’s supplier factories in Cambodia and India allow sexual harassment, low pay and filthy working conditions. Women also reported being fired once their employers found out they were pregnant.

Fashion retailers should establish better working conditions at the factories producing their clothes or move their production to the U.S., where labor laws are more strict, requiring at least a $7.25 hourly wage and fair treatment regardless of race, gender or religion.

But we, the consumers of these cheap products, are also responsible. We should be looking to be ethical consumers when we buy our clothing, instead of just looking for sales.

“We want these new clothes that are really cheap and are really great looking, but that’s impossible,” Feinberg said.

If retailers move production to the U.S. or choose factories that pay workers decent wages, our clothes would ultimately become more expensive. But the higher prices should be worth ensuring workers are treated with dignity. We cannot sit idly by while people are being abused to make our clothing.

“We tend to identify ourselves as consumers, and we love cheap products,” said Lu Zhang, a global studies and sociology professor. “And we are used to the low price, but we forget the social cost associated with the low price. Many of the social costs are hidden.”

Luckily, Temple students have some opportunities to show their support for fair labor practices in the fashion industry.

“I try to make it a point to look into where I’m getting my clothes, and I’ve made more of an effort to shop at smaller retailers,” Cove said.

According to a university spokesman, Temple is also a member of both the Worker Rights Consortium and Fair Labor Association, organizations committed to protecting workers’ rights domestically and abroad. This means companies producing trademarked Temple products must be members of both organizations, helping to ensure employees are treated and paid fairly.

I commend the university for this arrangement. As a state-related institution with more than 40,000 students, the university has a responsibility to take a stance on important moral issues. And the fashion retailers that most of us are supporting, like Forever 21, Gap and H&M, are on the wrong side.

It can be challenging for college students to pay attention to this, especially because most of us don’t have a steady income to afford more expensive clothes. But it’s a necessary discussion, because Americans have become acclimated to cheap and fashionable clothes, but we’ve built this privilege on the backs of others.

We all need to spread the word and talk to our family and friends about this hidden, uncomfortable topic.

“I’m adamant about it and brought it to [the club’s] attention and made it my issue and showed them how important it was to me,” Cove said. “That made them understand how large of an issue it is.”

The resolution of this issue is a two-way street between the retailer and the consumer. It involves a change in how brands manufacture their clothes, but also a change in how we buy them. I’m training myself to shop at smaller retailers, and I hope other students start doing the same.

After Seattle successfully raised its minimum wage to $15 an hour, Philadelphia is making efforts to follow suit.

A new politically friendly clothing company began production of Temple apparel. Anthony Santangelo grinned widely with embarrassment as his mother told him to try on a larger-sized sweatshirt. “Mom, I think it fits,” the sophomore undeclared