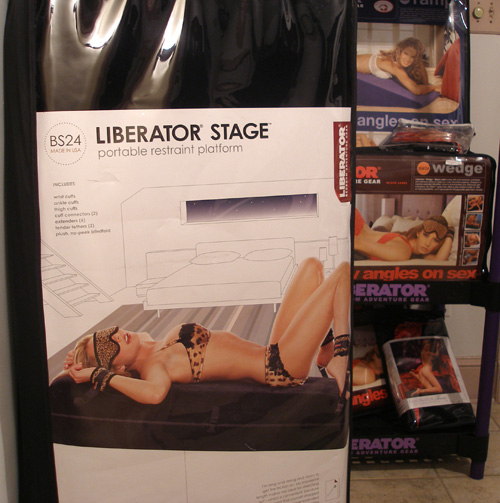 At The Mood, just a hop and skip away from the famous Condom Kingdom, the employees are advocates of safe sex and are eager to use all of the store’s toys.

The Mood sells items for hetero- and homosexual couples and singles. For couples, they offer a vibrating penis ring that will enhance sexual intercourse. Anderson recommends the Ring of Xtasy ($14) and The Big O ($18). The Mood’s chocolate body pens are also generally a hit among customers – they allow one to write on his or her lover and then lick off the letters.

“We have a lot of things that are inexpensive right now because we’re buying things the companies are no longer making, so you can get some nice deals on some nice toys,” Anderson said.

Singles and couples can make Valentine’s Day fun with E-Zone’s new back area, full of games and toys. Sawhney said the most popular of these is an adult version of Candyland called “Let’s F—,” which sells for $10. During the course of the game, the players slowly strip down to nothing and follow sexual cues from the board.

While Valentine’s Day is lucrative for The Mood, Halloween is the real moneymaking holiday for Erogenous Zone. They sell some of their Halloween items – such as stockings and heels – year-round at the store. Their overall best seller is a six-inch stiletto shoe known as the 609 Julia, which comes in black, red or white. For men with a thing for heels, they sell up to a size 14.

Customers who are looking for something different and have tried everything “mainstream” should turn to Passional – their items are unique, high quality and come with a 90-day guarantee.

“We have a large selection of stuff that is guaranteed to serve your needs – and to last longer than 20 minutes,” Morgan said.

While the outdoor sign reads “Lady Lord,” the store is known as Lady Love. The same people who run Erogenous Zone also own Lady Love, so many of the products overlap.

And while they don’t carry toys or lubricants, they do have many products for exotic dancers. On the second floor, dresses and S&M clothing for both leather lovers and gentlemen’s club employees cover the racks.

Manager Margaret Refile said that crotch-less and butt-less clothing is popular during the Valentine’s Day season, and that mostly men purchase these items. Usually, though, Lady Love appeals more to women. They offer shoes up to size 15, but the majority of clothing and toys sold are geared toward meeting women’s needs and making women feel sexy.

Refile suggested that people who are single on Valentine’s Day buy themselves lingerie and wine and watch a good movie.