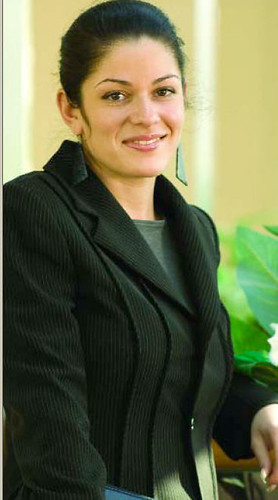 Prior to the 20th century, women’s roles were restricted mainly to domestic affairs and raising children. Proper education was scarce, and only the extremely poor worked outside of the home to support their families.

Today, women have risen above and beyond the roles of motherhood and homemaker.

At Temple, there have been many women who have impacted change throughout the community and the world.

“It is a thrilling time to be a woman on campus,” said Honors Program Director Ruth Ost, in regards to the appointments of President Ann Weaver Hart and Provost Lisa Staiano-Coico.
Ost has been a part of the Honors Program since 1995. She overseen the program’s development – from a total of 185 students, to the largest, most recent freshmen class of 403.

During her time at Temple, she has assisted many students in obtaining fellowships and assistantships in their pursuits toward graduate school. Through her influence and generosity, the quality of work submitted by graduates of the Honors Program has aided in enhancing Temple’s image throughout the nation. However, she attributes her success to the students themselves.
“A person could not have a better job than I do,” Ost said. “In fact, I do not see it as a job, it is more of a life force. These students enrich my life every day because interacting with these agents of change, who make me laugh and push me to think about things, is a sheer joy.”

Just as she challenges her students in the classroom, Ost advises the young women of today to face their fears.

“Do not be afraid to take risks,” she said. “Do not be afraid to make mistakes. This advice reminds me of Martin Luther King, Jr., who had described going against your intuition as being neither right nor safe. If you have an opportunity to do something, just say yes.”

Saying yes to opportunities has been one of Meredith Avakian’s claims to fame ever since she graduated from Temple.

“If I had not said yes to the opportunity to interview at DuPont, I would never have had the job I have now,” she said.

“I believe in setting short and long-term goals for myself,” she said. “Student organizations were a major resource for me, especially the Public Relations Student Society of America. During my senior year, I fulfilled one such goal by becoming the president of PRSSA.”

It was through her experience with PRSSA and the Philadelphia Public Relations Association that led to her biggest impact on the Temple community to date. For the past three years, she has kept the inter-collegiate event, “Careers 101: From Backpack to Briefcase,” on Main Campus.

The event hosts a panel of important professionals from the Philadelphia public relations industry and allows for an open forum among the attendees and the speakers. The event will take place on Thursday, March 27, at 6 p.m. in The Underground.

Beyond her impact on the Temple community, Avakian is also an advocate for creating awareness of the Armenian genocide.
“The Armenians of Philadelphia are organizing a walk-a-thon on April 26 at the Philadelphia Art Museum in order to acknowledge the 1915 Armenian genocide, and to unite against genocide throughout the world,” she said.

As Avakian continues to “save the world” during her post-graduate years, Nadine Mompremier is currently working as the vice president of student affairs in Temple Student Government.

“I decided to run for VPSA for a number of reasons, the most important being that I wanted to make a difference here on campus,” Mompremier said. “I believe so much in the voice of students and having them heard. What other way to do that then through Temple Student Government.”

Her recent campaign on campus has been to increase the number of students registered to vote for the April 22 primary election.
“We hope that the voter registration will encourage students to get out and pay attention to the issues that affect them on a local and national level,” she said.

As a successful undergraduate, she continues to learn on a daily basis the amount of potential females possess.

“Sometimes it is easy for us to lose focus and forget how strong we are as women and individuals,” Mompremier said. “Whether it’s helping out an elementary after-school program once a week or participating in a student organization on campus, you will never realize the impact you have on someone else’s life until you do something.”

Researchers recently discovered older African-American women with a history of ongoing violence in their lives are more prone to suffer from poor overall health than males. “Typically, younger women are healthier,” said assistant professor of

An oddly angled, neon cherry emblem stands proudly outside the perimeter of Johnson & Hardwick halls. “Main Campus Class of 1987,” the statue reads. While its message gets across, the statue’s meaning may be lost