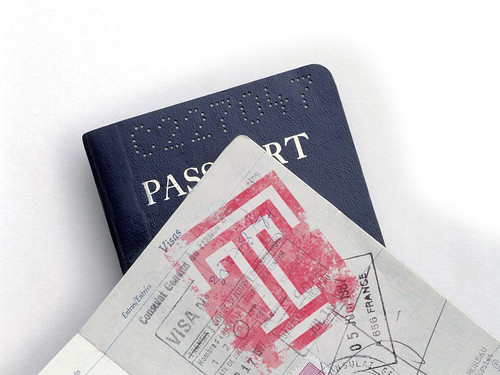 When it comes to studying abroad, it seems no one regrets the decision to go. And the experienced, like graphic arts and design professor Dan Dallmann, tend to say the “longer the program, the better.”

“I believe a full semester or year is a far richer experience,” Dallmann said. He teaches at Temple’s Tyler School of Art and Rome campuses.

But Dallmann also encourages students to study abroad “however they can get it.”

With more than 35 programs in 14 countries, Temple gives students options to do just that.

“Usually the overriding reason is based on academics, which is how it should be,” Connerty said. “Those who go to Japan usually have an interest in Asia, whether Asian Studies or a business major. History or visual arts majors usually go to Rome.”

Students who go on a program that is not specific to their major usually use the credits to count for electives, Connerty said. With such a variety of programs at Temple, students can find a way to fit studying abroad into their semester.
Alumnus Jack Cesareo, an international business and finance major who graduated in 2006 and studied abroad for a year in Rome and a summer in Paris, worked at the International Programs office and saw the flexibility of Temple’s programs.

“We had students come in saying that they didn’t know if they could study abroad because they had a certain major,” Cesareo said. “Especially at Temple, we could really accommodate their needs.”

Academically, the summer sessions tend to provide a more focused curriculum. The new program in Senegal is for public health majors. Another new program in India focuses on design for architecture and art students. A few summer programs, like those in France, Germany and Spain are intensive language programs.

Some students take advantage of the tutelage of specific professors.

“A lot of times, students are following faculty members there,” Connerty said. “For example, Jhala in India is able to really get the students in touch with local community members.”

Anthropology professor Jayasinhji Jhala directs the India: Culture, Art and Religion program. Alethea Carbaugh, a senior anthropology major, decided to do the India program in the summer of 2007 because she had a class with Jhala.
“He has lots of connections and is really renowned in that area,” Carbaugh said.

For many students, academic convenience may lead them to choose a summer program.

“For some majors, being away for six weeks is easier,” Connerty said. “In certain disciplines it may be harder to carve out a longer amount of time.”

The style of teaching and attitudes of students also differ between summer and semester programs. Dallmann has taught both in Rome.

“In the summer, it’s still a full semester of work so the students don’t have the time to do the other cultural things,” Dallmann said. “There is a kind of competition between the attitude ‘I want to learn something,’ and the attitude that ‘I’m only going to be here for six weeks.’”

During semesters abroad, students find a better balance between the two.

“With shorter programs you’re more likely to try to cram in everything,” Connerty said. “But with long-term programs, you get to know the grocer down the street or the restaurant on the corner. You get to experience the nuances of the culture.”

“I know in order to understand people you really have to live there for quite a substantial period of time,” Cesareo said. “Three to four months is a lot of time, but it’s not enough time to understand a city.”

Cassandra Butkowski, a freshman communications and theater major, applied directly to Temple’s Japan campus and was planning to stay there for four years.

“A semester is definitely not long enough,” Butkowski said. “The first month you’re stressed and having culture shock. It takes the whole four months to get into it.”

But Butkowski couldn’t afford the high cost of life in Tokyo and transferred to Main Campus.

For some students, four to six weeks is the perfect amount of time to study abroad.

“It really depends on comfort levels, what each student feels they are equipped for,” Connerty said.

Rebecca Henshell, who graduated last year with a degree in journalism, studied abroad in Dublin during summer 2006. Though she wished she could have stayed a little bit longer, she didn’t want to do a whole semester.

“I really didn’t want to leave an entire semester in college. I really enjoyed my whole college experience at Temple,” Henshell said. “I thought four weeks out of the summer would be a neat experience.”

When it comes down to it, faculty members and students who have studied abroad all recommend capitalizing on Temple’s programs.

“Any opportunity you have to study abroad or even if it’s just a thought, I would really look into it because no matter what you’re studying there’s still that possibility,” Cesareo said. “It’s such a wonderful, eye-opening experience. It’s something you may not be able to do later in life.”

Morgan Ashenfelter can be reached at morgan.a@temple.edu.