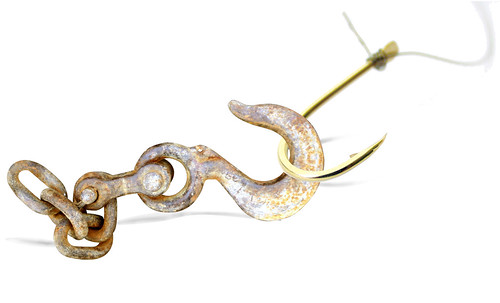 Wooing and courtship are no longer staples in the realm of developing romantic relationships. Hooking up – a very ambiguous phrase at best – has stepped in to take over where dating left off on a majority of college campuses.

Kathleen Bogle, an assistant professor of sociology and criminal justice at La Salle University, analyzed this growing trend in her book Hooking Up: Sex, Dating, and Relationships on Campus.

“It is a new system of finding relationships,” Bogle said. “Hooking up is used as a way to meet people. Even though there are no commitments involved, relationships can start from a hook up.”

Bogle defines hooking up as a physical encounter where no promises are made or expected. It usually is initiated in close group-based environments like bars, clubs and residence halls. This encounter can range from fooling around and kissing to oral sex and intercourse.

The cultural shift from dating to hooking up can be attributed to the sexually charged days of the ‘60s and ‘70s, Bogle said. Events such as the sexual revolution, free love and the birth control pill have paved the way for hookups to become what they are today.

“The behavior was already in place,” Bogle said. “‘Hooking up’ as a context was not established until the mid-1980s.”

According to an excerpt from Laura Sessions Stepps’ book, Unhooked, “hooking up’s defining characteristic is the ability to ‘unhook’ from a partner at any time…” Without these commitments being in place, young adults feel that they are given the maximum sense of flexibility and relief. Some students said they especially feel that with the stress of classes and deadlines, hooking up allows them to feel in control.

“Knowing that I do not have to be tied down and having my day free the next day without being clung to makes me feel relieved,” said sophomore education major Bryce Carter.

While many college students may find hooking up to be fun, there are a few who believe there may be possible psychological effects that go along with this freedom.

Honors Program adviser and adjunct professor Amanda Neuber, who has her bachelor’s and master’s in psychology, explained her concerns with the practice.

“Basic psychology suggests that doing becomes believing,” Neuber said. “The longer someone acts in a particular behavior, the more likely they are to develop feelings or attachment to it.”
According to the 2001 survey conducted by the Institute for American Values for the Independent Women’s Forum, hookups were distinguished by respondents as almost always taking place when both participants were drinking or drunk. One Temple student elaborated on this statistic.

“The biggest icebreaker is alcohol,” said senior public relations major Lee Hood. “In today’s text-messaging age, it’s easier to have sex and hook up than it is to have a conversation.”
Another difficulty with the nature of hooking up is the double standard stigmatized to its premise.

“Men being able to attract many women boost their egos and image,” Bogle said. “For some women, the act is empowering because they are being considered attractive. However, women are the ones who have to walk a fine line between too promiscuous or not.”

But some don’t see the practice as a big issue.

“Hooking up is not perceived as a big deal in society anymore,” said junior psychology and urban studies major Renaldo Mili. “Though I do find it to be fun, it is not the same for me as a physical interaction in a relationship with feelings.”

“Hookups are based upon reacting to the first impressions between a man and a woman,” Hall said. “Sexual chemistry goes beyond relationships. Hookups are acting on those first likings.”

“Hooking up allows for that,” Fatto said. “However, as a junior, I observe how freshmen hook up, much like what I used to do. You realize that it is not necessary in order to meet people.”

Though statistics show that the majority of students are big on hooking up, a number of Temple students expressed their desires for dating. Music theory major Matt Spielman said he would rather date than hook up.

“I like the emotional satisfaction from having someone to play off of,” Spielman said. “A significant other is always there for you.”

Freshman history major Andrew Patnaude said dating is the way to go, but that it can be discouraging at times.

“It does not always work out the way you want it to,” he said. “Hooking up is seen as an outlet and you give up on dating.”

Some students said that hookups may be more popular within younger age groups.

“High schools students and freshmen are more prone to hooking up,” said sophomore education major Jillian Tkachuk. “I prefer dates because they are more serious and formal. Hooking up is only convenient and temporary.”