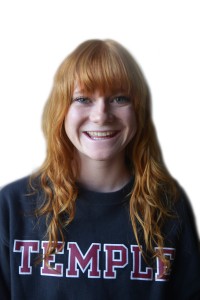 No standing still. No sleeping. And don’t even think about sitting down.

Another year has come and gone, and it‘s time to dance through the night to raise money for children in the hospital. But just in case you read the flyer too quickly: “Hoota” has been spliced in front, and the location has been changed from Penn State to Temple.

Since 1977, Penn State students have been dancing their way toward conquering pediatric cancer. After creating the largest student-run charity in the world and raising $101 million, it’s clear they are doing just that.

Though Penn State is home to the nation’s oldest charity dance marathon, Temple isn’t the first to want to get in on all the fun. There are more than 150 colleges and high schools across the nation supporting their local Children’s Miracle Network Hospital Dance Marathon. In fact, Gaelen McCartney, founder of HootaThon, said his inspiration for the dance-off came not from Penn State, but from his sister’s participation in Ohio State’s BuckeyeThon.

Since everyone else is doing it, the only logical thing left to do is to join in on the growing dance sensation. On Nov. 8 to 9, HootaThon is hosting its first annual dance marathon in Mitten Hall. Where will this leave Temple? Following Penn State?

We can’t get carried away with school rivalry. This isn’t a football game where somebody loses and somebody wins. After all, these dance marathons are dedicated to raising support for children in the hospital. More dancing brings in more money and no one can complain about that. However, on-campus charity events like this thrive off a sense of school spirit, and as a university that prides itself on being “Temple Made,” there seems to be a few things that just don’t add up.

“Dance is a great and fun way to bring people together,” McCartney said.

Yet there are a million fun ways to bring students together to raise money as a school. The path Temple chooses to take should be the one that it feels best represents itself and where it’s going in the future. So, if Temple Made really is all about being self-made and creating successes that are all our own, why are we comfortable merely replicating another school’s success?

With more than 150 schools running charity dance marathons, students should be excited. Not because we can run a successful dance marathon, but because with 150 schools all doing the same thing, the possibilities to stand out are endless. The floor is wide open to not just raise money, but to raise money the Temple way.

“Though the sentiment behind HootaThon is commendable, the creators of HootaThon should have created an original event that they could really call their own,” freshman neuroscience major Brian LaGreca said. LaGreca’s sister is part of a sorority at Penn State that is involved in HootaThon.

Penn State students have already made a name for themselves in the philanthropic world through dance. If Temple students represent the upcoming innovators of Philadelphia, shouldn’t we feel a little less than satisfied in following in their footsteps?

With registration almost full, there is no denying that HootaThon has earned a wide range of support.

“We are all already throwing jokes around about how HootaThon will be so big next year it will need to be at the Liacouras Center,” McCartney said. While that idea is commendable, the dance marathon will always belong to Penn State. Though we can certainly support Penn State in its efforts, HootaThon will never be fully Temple Made.

We could do yoga, we could throw neon paint or we could solve crossword puzzles, all while forming a connection with a unique, Temple-centric charity of our own. Instead, we’re getting behind the nation’s long conga line. We have hoarded our creative energies to fuel 12 hours of dance. Yes, only 12 twirling hours, rather than Penn State’s 48 hours.

All in all, this is a great event. So let’s go out there, represent Temple and raise some money for children.

Maybe next year we’ll have had enough practice to come up with some of our own moves.

Mary Claire Tuohy can be reached at mary.claire.tuohy@temple.edu.