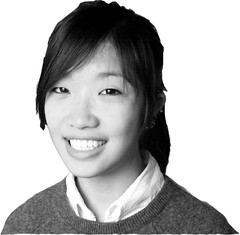 Note: A correction for this article has been issued.

The waves of the feminist movement have long been waning. Once eagerly sought-after privileges like suffrage, comparable worth and birth control are now casual liberties. The once enthusiastic feminists of the 1960s have become the disenchanted women of today, passively accepting morsels of overdue rights. Today’s active feminists seem to be limited to small radical groups holding meetings in basements or your local college campus.

Last semester, the FMLA held a counter-demonstration in answer to an anti-abortion rally held by the Genocide Awareness Project near the Bell Tower. Donned in hot pink with their faces covered by bandannas, FMLA members wielded wire hangers while chanting repetitive rhymes, ultimately turning off potential supporters instead of using rhetoric and solid facts to defend their perspectives. I was reminded of militant extremists; out-of-touch activists who occupied a political fringe rather than advocates of a well-accepted belief. These hoarse tactics are ineffective and even detrimental to feminist organizing.

But there is more to consider than image alone.

“The Zapatista movement, for example, is an ongoing social movement in Mexico where a displaced indigenous group is protesting against privatization policies of the government,” said Jaita Talukdar, a Temple sociology professor who focuses on feminist studies. “People may think of them as militant extremists because of their dress code; but then they are waging their war against a very powerful force.”

“A campus as diverse as Temple’s represents what America will be in another 50 years,” Talukdar said. “It provides an excellent ground for us to develop ways to effectively communicate with people from different backgrounds. You can stage a protest, but what next? Protests and demonstrations are time tested tools for raising awareness. But another time tested lesson is that methods of protest should not alienate but include people.”

To this end, the FMLA has held various demonstrations encouraging young women to vote, specifically for Sen. Hillary Clinton.

“We are 27 million strong, we can dominate this election,” read one sign posted by the FMLA.
It is understandable that a feminist group would endorse Clinton, but this kind of “us-against-them” philosophy is one of the major issues dividing people today. Advocating such uninformed, gender-based voting is selfish and irrational. It sends a negative and misleading message to the public about what feminism is. Feminism does not equate with female dominance.

Many political or social student groups tend to assume the already existing views of their respective ideologies rather than establishing their own ideas and advertising them. Taking on generic platforms does not enable groups to garner support from people who don’t already agree with them. Temple’s FMLA is the typical collegiate feminist group of any college, the kind you see in movies, painted negatively as crazy radicals.

The time has come to defy this stereotype.

Doanh Nghiem can be reached at doanhnghiem@temple.edu.