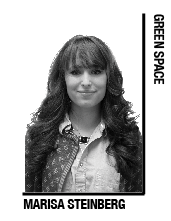 Columnist Marisa Steinberg points out the sneaky ways that electrical devices are sabotaging the average student and their wallets.

There was a moment during finals week last semester, sometime after 4:30 a.m. and before the delightful cacophony of construction work commenced outside my apartment, when the wires from all my electrical devices appeared to be surrounding me, poised for attack. Perhaps I was entering some waking dream state, an expected side effect of my all-nighter cramming sessions, but the vision was all too perfectly metaphorical to be brushed off.

In 2007, Temple’s greenhouse gas emissions totaled at 216,102 metric tons of CO2e, according to greenreportcard.org. Sure, we’re greener than our neighbor to the west – University of Pennsylvania, which emitted 362,143 MTCO2e in 2007 – but we can still work to lessen our impact through more conscientious use of electrical devices.

I’m not suggesting you turn your back on electricity. I would not have been able to submit a vaguely coherent term paper had my electrical outlets not been snuggly occupied by a coffee maker and blinking white Christmas lights.

However, cutting back on your wattage can reduced your environmental impact, improve your room’s feng shui, extend the life of your rechargeable devices and alleviate that feeling of confusion and rage that accompanies every electricity bill.

If you are reading this at your desk, your kitchen table or even your friend’s kitchen table, take a critical look around at all the electrical outlets. The feeling of imminent death by wires may strike you as well, but press on and ask yourself how many devices are you actually using at the moment. If any that are plugged in are not currently in use, yank the cords.

According to the Lawrence Berkley National Laboratory, your microwave may use up to 5 watts while plugged in, your DVD player about 10 watts, and your laptop eats up approximately 50 watts.

As you probably realized after the first month of paying for your own electricity, leaving your laptop, phone, iPod and camera perpetually plugged in the wall causes watt usage to accumulate quickly to wage a war on your wallet. For example, assuming PECO’s electricity rates, leaving your computer plugged in while you’re at class or work for eight hours will run you about $100 extra annually – all that for electricity you weren’t even around to use. Get into the habit of pulling the plug when you’re done using your electrical appliances. 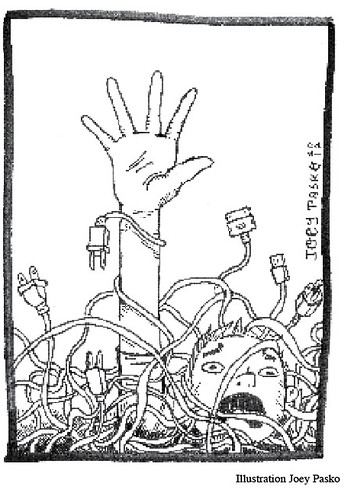 What’s more, you may be sucking the life out of your rechargeable devices by constantly charging them. If you do not allow your rechargeable device to run out of power before you plug it in, you may be slowly decreasing its capacity for holding a charge. As annoying as it is to have your Words with Friends game interrupted by a black screen, giving your iPhone a chance to die will do you some good in the long run.

Although the legitimacy of this theory, sometimes known as the “lazy battery effect,” has long been debated in the tech world, charging devices only when necessary will save you enough money that your piggy bank’s validation is all you’ll need.

When you live in a dorm or apartment a mere fraction of the size of Kanye West’s closet, the thought of trying to achieve a feng shui-appropriate living arrangement may be laughable. After all, this Chinese system of arranging objects in your home in a favorable way requires actual space to move. However, modern interpretations of the system claim that a simple way to win some feng shui points is to limit the visibility of electrical wires.

Coil up that phone charger and you could be increasing your ability to concentrate and reach your fullest academic potential. When living amidst the constant construction site that is Temple, a little extra focus is always a good thing.

Electrical wires may not be out to literally ambush you – no matter how likely it may seem when you’re entrenched in an all-nighter at the TECH Center. However, they can figuratively beat you up and steal your money and capacity for true feng shui-induced happiness. Most importantly, excessive usage of electrical devices puts a strain on the environment – and that’s a fight no one should be looking to pick.

Marisa Steinberg can be reached at

Columnist Marisa Steinberg offers advice to clean out your closet the green way. Let’s face it: Winter isn’t happening this year. I’m having a tough time dealing with the regret of bringing my pea coat,