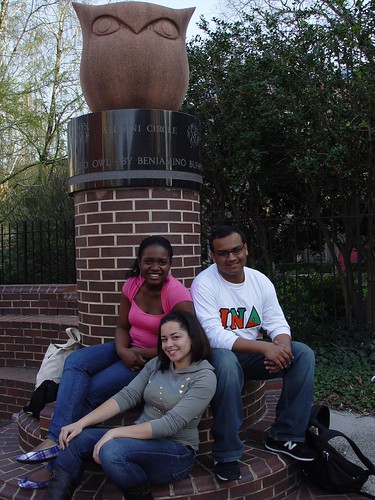 Voting ended for Temple Student Government’s annual executive elections on May 1 with an Owl V.O.I.C.E.S  . victory.
TSG officially announced the winners and swore in the slate on Monday, May 5.

TSG was forced to hold a run-off election because their new elections code states that the winning slate must have more than 50 percent of the total vote to win. Owl V.O.I.C.E.S. originally came up short with 43 percent in the regular election, held April 22 and 23.

Fewer voters participated in the run-off elections, but Owl V.O.I.C.E.S. managed to get more than 50 percent of the vote. They received 464 votes to Temple Reloaded’s 365 votes. There were a total of 23 blank and other votes.

Owl V.O.I.C.E.S. told its Facebook group members on Friday that they had won the election.

TSG has gone through a complete restructuring this year. Next year, there will be two new branches – the senate and a judicial branch. The executive board will be responsible for ensuring this transition.

Owl V.O.I.C.E.S. plans on heightening awareness about TSG, the senate and the administration.

“We want to focus on reaching out to as many students as possible,” Mompremier said. “We want to show them who we are.”

They said that they will do all that they can, even if it means knocking on doors, to reach students.

“One of the things I learned during campaigning was how effective residence hall runs can be,” Firoz said.

During the campaign, Owl V.O.I.C.E.S. went to different residence halls and asked students what they wanted to see done next year. Many people were open to them about their opinions. Firoz said they may continue to do that next year a couple times a month.

Mompremier said she plans on writing a letter to all the current and future presidents of the organizations, asking what they would like to see done differently. She also intends on working with the senate to make sure everything gets done.

“We want to make sure students know who their representatives are and that [they] can go to them,” Mompremier said.

The student representatives will meet with the incoming freshmen at their orientations during the summer. The college councils will become a resource for students and will act as small student governments within their colleges.

“People will be able to see and make tangible results,” Firoz said.

Firoz said he wants to help students get more involved with administration and for TSG to become a resource for students to see what is going on. He also plans on having more leadership workshops and mentoring programs.

Rebecca Hale can be reached at rebecca.hale@temple.edu.

The Beech Interplex Inc., a nonprofit community development corporation, was founded to enhance the quality of life for the Cecil B. Moore neighborhood through private and public partnerships. The unveiling of the Beech NBC 10

Explore our Google Map of this week’s crimes.