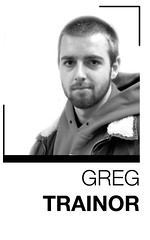 President Barack Obama doesn’t want to change America. He wants you to do it.

The current generation is volunteering in unprecedented numbers since 9/11. Another surge followed Hurricane Katrina. The overflow of volunteers has been forcing AmeriCorps to turn away 75 percent of its applicants every year.

An excess of young Americans are answering their calls to serve.

In an attempt to give them an ability to do so, Obama is calling for an expansion of AmeriCorps from its current 70,000 members to 250,000, along with doubling the number of Peace Corps members to 16,000 by 2011. A $4,000 tax credit scholarship will be available to any student who volunteers more than 100 hours a year.

This is the change we were promised, and we are expected to play a huge part in it.

Through AmeriCorps, volunteers are given a living allowance, health care and a $4,725 scholarship upon completion of a 10-month service commitment. AmeriCorps services include rebuilding homes destroyed by natural disasters, tutoring children in underserved schools and fighting forest fires.

Obama wants to establish a series of “corps” to fight problems in America such as a Classroom Corps to assist teachers, a Health Corps to improve public health outreach to poor areas and a Clean Energy Corps to launch renewable energy projects. If expanded to this level, AmeriCorps could become the single most accessible way to serve your country without having to kill anyone.

The second part of the plan is to expand the Peace Corps. When President John F. Kennedy established the Peace Corps, he aimed for its membership to grow to 100,000 members, but it peaked at 16,000 in the ‘60s.

Obama is pushing Congress to fund the expansion of the Peace Corps so it can once again be the international face of America, promoting world peace.

The most relevant feature of the plan is the American Opportunity Tax Credit. The $4,000 scholarship is intended to promote community service and make college affordable for every American.

Volunteering 100 hours a year defines eligibility. Taking an alternative spring break trip this March will complete 48 hours. One hundred hours a year is less than two hours a week. Anyone can do it, and the tax credit would cover the cost of any community college or one-third of in-state tuition at a university.
A criticism of the plan is that while volunteering is noble, it is not the time to invest in the nonprofit industry.

“Organizations like Habitat for Humanity help people get back on their feet and start putting money back into the economy,” said senior and HFH President Jeffrey Stanavitch.

If Obama succeeds, generations to come will have more opportunities to volunteer in America and worldwide.

Greg Trainor can be reached at greg.trainor@temple.edu.

Horizon may brighten for 2010 graduates

A National Association of Colleges and Employers survey indicates the job market is improving.

In the debut of Carlene Majorino’s community service column, she visits the Norris Square Neighborhood Project.

Temple grads may have it rough, but they have years to build careers and savings.