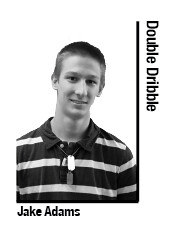 The Owls have eight A-10 remaining in the season.

Women’s basketball’s 65-55 win against Charlotte on Sunday gave the Owls a 5-1 record in the Atlantic Ten Conference, but more importantly gave the team four wins in five meetings against conference opponents with a .500 record or better.

The Owls have survived the toughest part of their conference schedule with eight games remaining. The only team left on the schedule with a winning A-10 record is St. Joseph’s (14-6, 4-2 A-10), who the Owls will face two times.

The combined record of Temple’s next eight opponents is 18-34 in conference play. By comparison the first six games were against opponents with a combined 26-8 A-10 record.

“Obviously you want to win every game that you play in and the fact that it’s been against some of the better competition, supposedly, in the A-10,” coach Tonya Cardoza said. “Obviously that’s good for us. But there’s no cupcakes. I think that the parody in the A-10 is really great this year.”

Cardoza has traditionally been one to preach that no team is a bad team. And her team almost always buys into the philosophy.

“We don’t have one more big [game], I think we have eight,” Cardoza said about the remaining A-10 games. “We have eight big ones that we have to make sure that we take care of one at a time.”

Every win in the A-10 is a good win, while a big win against a top opponent doesn’t necessarily justify a great season. The conference is too wide open to dictate top and bottom teams.

“That was our opportunity and we let it slip away and now we’re just focusing on the game in front of us,” Cardoza said. “We’re not looking and hoping.”

The third-place Owls are now a half game behind Dayton, who Temple beat on the road 61-57. They also have the tiebreaker against Charlotte and Richmond, who are the only teams outside St. Joe’s within striking distance.

Those tiebreakers will be critical down the stretch and securing a top seed in the A-10 tournament. Dayton, in many ways, holds the key to where the Owls finish the regular season. The Flyers host Charlotte and the Bonnies in back-to-back games next week. A Dayton win against St. Bonaventure – who they’re 4-1 against the past four years – and the Owls sit tie for first. And if Charlotte upsets Dayton and Temple takes care of business, the Owls take sole possession of second place.

Duquesne can also play a key role. The Dukes, at 3-3 in A-10 play, look like the most likely team outside Dayton to upset the Bonnies. During the past four seasons the series sits at 4-3 in favor of St. Bonaventure.

But this all depends on if Temple takes care of their own business and beats the teams they’re supposed to.

“There’s no easy games for us and we’re not expecting that,” Cardoza said. “We’re expecting everybody to give us their best shot and may the best team win.”

And that’s where St. Joe’s comes in. While outside forces could have a critical impact on the standings by the end of the season as the top teams beat each other up for the top seeds, the second half of the Owls’ A-10 season boils down to two matchups against the Hawks.

History favors the Owls, as they have defeated their Big-5 rival in 11 straight games. But St. Joe’s has never been an easy win as two of those wins have come in overtime and six have been decided by five points or fewer. And that’s what Cardoza is focused on.

“We know that it’s going to be a dog fight, and that’s what we expect,” Cardoza said. “We don’t expect St. Joe’s to play bad because they never do. They’re always going to play us well. We’re just hoping that we match their intensity level and do everything that we’re supposed to do and come out on top.”

Temple can’t afford to let these games get away, much less the other six on the schedule. They don’t hold their fate in their hands. Winning out secures them a top seed for the conference tournament, but they need help if they want the regular season title.

After beginning the season 0-2, the womens basketball team has come back strong by routing Northern Illinois 79-56 at home Tuesday night to grab its second-straight win. Led by junior guard Shey Peddy’s game-high 23

A look back at Temple University’s most successful coaches

The Sports Editors at The Temple News honor the paper’s 100th Anniversary of publishing by reflecting back on the coverage of coaches who found success in Temple’s sports programs.