Celins graduated from Temple in May 2008 with a bachelor’s degree in broadcasting, telecommunications and mass media. She will begin working as a page for NBC Universal in New York City in a few weeks.

Out of the 7,000 who applied, only 65 to 80 people were offered the prestigious position. 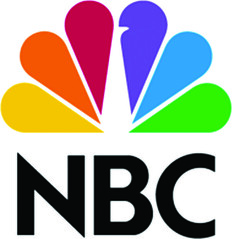 “I knew it was exactly what I needed to boost my career after college,” Celins said.

According to NBC’s Page Program Web site, pages conduct tours for the public and work in different departments with the company. Many pages are assigned to work on different NBC shows like Saturday Night Live and Late Night With Conan O’Brien.

Celins heard about the program when she began interning at NBC10 in Philadelphia last summer. She formed a close relationship with Lynn Berry, a reporter for All That and More. Celins contacted Berry at the end of her senior year to inquire about the page program. Berry started at NBC as a page, and she encouraged Celins to apply.

It was her persistence that eventually paid off.

While Celins awaited a response, she was recruited to work as an account executive in the sales department at Wired 96.5 radio station. Soon after she began working at Wired 96.5, Celins was offered the page position in July.

“I went for my first interview and was told that I would find out in six weeks whether or not I made it to the second round,” Celins said. “I was so happy to find that I had an e-mail as soon as I got home inviting me to come for the second and final round table interview.”

She was interviewed again in September. The process included an eight-person interview and a two-minute presentation about herself.

“I was nervous, but I acted completely myself,” Celins said. “I played on my humor and personality to answer their questions and do my presentation, and apparently it worked.”

Celins has not received her official start date because the program runs on a rolling admissions cycle. When one page leaves the program, another begins.

Pages work approximately 50 hours a week, and they are paid $10 an hour.

The hours are long, but the New York Times reports that 70 percent of the people who finish the page program are offered a job with the company.

“I am looking forward to experiencing all of the departments of NBC and being hands-on with everything that goes on there – learning the ropes and getting guidance from some of the most talented people in this industry,” Celins said.

Celins is not sure what kind of job she would like to get after the program, but she has some ideas.
“I would love to get involved in production on a sitcom or SNL,” she said. “That’s the beauty of the page program. Aside from giving tours, I can take the time to work in different areas and really get a feel for exactly what I want to do.”

During her undergraduate years at Temple, Celins was the president of the Future Broadcast Pioneers organization. She also participated in Temple Update and interned at several different places, including NFL Films.

Celins enjoyed her college experience at Temple and said she thanks all the professors and faculty members who contributed to her success.

“I credit Temple for every opportunity that has been open for me,” Celins said. “And I credit myself for going out and getting it.”

Jessica Lawlor can be reached at jessica.lawlor@temple.edu.

TTN sits down with Matt Lauer

Matt Lauer sat down with The Temple News and TU Update before speaking to a crowd of about a hundred students as part of accepting the Lew Klein Award Tuesday. He offered some insights about

27 November 2018 Dylan Long Around Campus, Features, People You Should Know

Anand Giridharadas has reported around the globe from Italy to Nigeria, and spoke with Temple University students on Tuesday.

Williams’ award should be reconsidered amid claims against his storytelling.