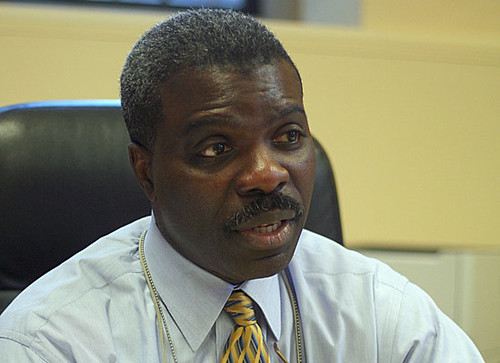 Catherine M. Paster, most recently assistant vice president to Armbrister at Temple, has made the move to work on Nutter’s mandate of change, too, taking on the newly formed position of deputy finance director, as reported by The Temple News today.

University spokesman Ray Betzner told The Temple News late last month that, “it’s not uncommon for very talented people to be lured to work for other people.”

Like when Gregory S. Rost left to serve as chief of staff for the University of Pennsylvania’s President Amy Gutmann last December. Rost spent the last five years of the 1990s serving as chief of staff for former mayor and now Gov. Ed Rendell. He was once the university’s most sensible gateway to City Hall.

The concern, of course, is that Temple is losing leading administrators who best know how to navigate Philadelphia’s notoriously labyrinthine city government.

In the mid-1990s, Ambrister spent two years as the city’s treasurer under Rendell. Before she came to Temple, Paster served a leadership role in the city’s capital budget office for a brief stint under Nutter’s predecessor, John F. Street.

The announcement of ’s appointment was a surprise, considering he had a limited relationship with Nutter. A surprise that troubled some.

“His loss is devastating,” university chancellor and former President David Adamany told The Temple News during an interview on an unrelated matter after the news of Armbrister’s departure broke.

Still, it naturally comforts some that Owls are nesting in City Hall. Though we’re a decidedly smaller part of their daily lives, Armbrister and Paster can’t fight that warm and fuzzy feeling when they have to make decisions on North Broad.

“These people can help strengthen Temple,” Betzner said. “We work actively with city government in a number of capacities, so having those strong links and ties is going to help.”

Considering the conflict between Nutter’s devotion to increase college graduates in the city and his campaign running without any specific plans for the city’s top colleges, those links are particularly important.

A representative of the Nutter campaign told The Temple News little more than a week before last November’s election that his campaign had, “no specific plans for Temple University” or any other schools in the city.

But, his attitude must have changed. Having former Temple administrators should help, though there has to be some fear that the university could lose its edge in municipal wrangling as it loses its staff with the most city government experience to other homes.

Indeed, the call to work with a mayor who campaigned on dreams and change has swept Temple’s best and brightest. It moved Ambrister to accept a $198,500 salary for a thankless city government job, which only looks small when compared with the reported $393,000 in compensation he received from Temple in 2006.

Temple alumnus and Germantown native Andrew Altman has accepted a role in leading the city’s commerce department, leaving a stint he had heading city planning for Washington, D.C.

Paster, too, was moved by Nutter and the promise of change he has queued for the future, as she displayed in her interview with The Temple News.

“It’s an exciting time for the city and I just wanted to be a part of it,” she said.