There comes a time when bands stop making albums because they have to and start making albums just for the sake of making good albums. For the perennially underrated Damnwells, that time has come.

On the band’s latest effort, One Last Century, the Damnwells conquer mid-tempo rock music with a collection of well-written songs.

While Century may lack some of the “oomph” of 2006’s Air Stereo, the band’s last studio album, tracks like the soaring “Bastard of Midnight” and “55 Pictures” add enough full-band power to keep the album flowing. Acoustic ballads like “Come to Me” and “Down with the Ship” are beautifully crafted songs that display lead singer Alex Dezen’s matured songwriting prowess.

The album ranges from the meditative—“Everything,” on which Dezen philosophizes, “Somewhe 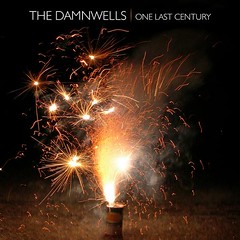 The soulful ballad “Jesus Could Be Right” adds an entirely different element to the latter half of the record. Female backing vocals by Angela Dezen complement the choruses of songs like “Dandelion” and “Like It Is.”

One Last Century may not be the most wildly diverse record of the year, but it’s a showcase for some great songwriting and solid, original rock music. It’s well thought out. It’s insightful. It’s music for music’s sake.

Kevin Brosky can be reached at kevinbrosky@temple.edu.