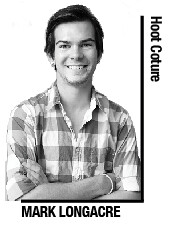 According to columnist Mark Longacre, Philly Fashion Week 2012 was a testament to the city’s growing interest in high fashion.

In the fashion world, there’s nothing better than watching bright spring colors dance down a runway. On Friday, Feb. 24, FBH The Agency hosted Philly Fashion Week’s seventh season in the Crane Arts building in Old Kensington.

Before I dive into the hot pieces of the show, I would like to commend the organizers of the event for a smooth flow.

The catering service and bar allowed the event’s attendees to relax and indulge in the mingling area. In the entry room, local vendors showcased their jewelry, shoes and nail designs – nothing says glamour more than impromptu manicures. All sarcasm aside, it was awesome to see so many local businesses working together to make fashion a part of Philadelphia culture.

Additionally, I was very surprised to see that Philadelphia fashionistas are open to such bold clothing designs. The accepting atmosphere in the city’s fashion circle is a relatively new phenomenon.

“The city has changed a lot – it is not as conservative,” said Irina Sigal, a designer whose been in Philly for more than 20 years. “People dressed up for every day.”

Previously, shoppers were only concerned about the basics and weren’t interested in outlandish fashion.

Although buyers did attend, the show mostly appealed directly to consumers. It was refreshing because most people don’t want to wait to buy the clothing they want. We go directly to the source, and Philly Fashion Week brought clothing directly to the buyers.

Marketing the show and the clothes directly to the public is groundbreaking in itself, but the fashion show also appealed to a wide audience.

The first designer – Street Mode – appealed to an urban audience, yet Banana Republic’s “A Weekend in the Hamptons” line was perfect for exactly what the name entails. I really enjoyed seeing a wide array of people coming to see their personal style while still appreciating a style opposite of their own.

The fashion industry is constantly criticized because of the unhealthy measures some models will go to in order to stay on top in the fashion industry. Street Mode showed rompers and jumpers that a well-endowed girl could wear next to a petite girl, without anything looking out of place. Few clothing styles can appeal equally to two significantly different body styles.

Delaware designer Keiko Myrtice also highlighted women’s bodies with sleek waistlines with extravagant arms. Several outfits featured asymmetrical dress with very elaborate ruching on the sleeves. My favorite outfit was a simple, black long-sleeved top paired with a white poodle skirt with black trim. The outfit was clean and simple, yet sophisticated, and the line was very sophisticated urban.

Keiko Myrtice had a sleek and sexy theme throughout the line, but Philadelphia designer Leah Delfiner, creator of Pretty Pretty Rebel completely changed the atmosphere of the show with her loud, punk-inspired collection. It was interesting to see neon colors with sheer accents in the Philly fashion scene, because I never thought of the city as adventurous when it comes to fashion.

Pretty Pretty Rebel may have intrigued the fashion week attendees, but LAS Swimwear made mouths drop faster than a sale at Neiman Marcus. The first swimsuit was a bright red men’s string bikini. The men’s line had several board short-style swimsuits, in addition to several square cut and brief styles. The women’s featured bikinis and sexy, cutout one pieces. Given how close we are to spring break, I was very excited to see what’s hot for this year’s swimsuits.

LAS Swimwear was very fashion forward and modern, with very minimal coverage for men, but Banana Republic’s “A Weekend at the Hamptons” put a modern spin on the traditional prep motif. The stylists in charge of the line nailed the motif and truly crated a Hampton’s inspired clothing spread. The clean lines and neutral colors complemented the slender model’s figure. It also fit very easily in the ready-to-wear theme of the show in that the pieces could be easily mixed and matched to make several outfits.

Finally, Mariel Rojo closed the show with a line that reminded me of something Zenon would wear from Disney’s “Zenon: Girl of the 21st Century.”  The form fitting spandex and neon colors in the line would have made a perfect Dayglow outfit, but they’re a little loud for day-to-day wear.

It appears the fashion scene is growing as the city grows.

Philadelphians are beginning to demand a fashion scene because they value the creativity and expression associated with unique apparel. I’m incredibly excited to see the couture show.