I was six years old when I decided to be a follower of Christ and my Buddhist parents had no problem with this. They also didn’t mind that one of my sisters was exploring Catholicism in a Catholic school, another was atheist, another was apathetic and the youngest thought everyone should practice a little bit of every religion that existed.

All was well and good until one day my mother handed me three lit incenses. I looked at her funny. I knew what she wanted me to do with them, but I couldn’t believe she dared to suggest it. I just looked at her and shook my head. With disappointment she walked to one of the altars in our house and knelt down where she placed the incenses in a golden cup.

“Will you remember me when I die?” my mother asked me in Vietnamese later that day.

Before I could answer, she continued on asking.

“Will you place my picture on an altar? Will you leave me food? Will you light incenses for me?”

When I was growing up, my mother had explained to me that our souls need food and incenses are a way for the dead and the living to communicate. But what I had learned as a Christian was that those rituals were just silly nonsense and a form of idol worshipping.

Then, she said her last words.

“I forbid you from going to that church and stop trying to convert your sisters. If being a Christian means forgetting about your parents, ancestors and where you come from then you might as well not call me ‘mom.’”

She had totally snapped.

This went on for days. Although she still cared for me as a loving mother should, I was her enemy.
When my friends hear about my house of religions they are both surprised and confused. They asked why my sisters and I don’t practice the same religion as our parents.

These were some of the questions I asked myself as I cried in front of my mother that day she snapped.

“You just think about it,” she said as though she knew what I was thinking.

I thought about finding answers. I couldn’t turn to those in my congregation because I knew what they would say and it would be nothing I wanted to hear. I didn’t want to go to any religious authority like a priest or a monk. I have done that for the past two Christmas seasons only to feel that I was given subliminal messages to convert to their religion.

I had to meet with my peers, but not my friends. They wouldn’t understand.

I really didn’t know what to expect when I scheduled an appointment with Nooshin Asadpour, president of the Bahai Student Association and her sister Halleh Asadpour. I had never heard of Bahai, but I wanted to learn about this religion. I didn’t want them to convert me, nor did I want the meeting to end with us engaging in a verbal battle. I just wanted to see if they understood my situation and could help build a bridge between my mother and me.

“I think that’s very courageous of you to question your mother’s religion and find your own path,” said Nooshin, a senior biology major.

I took it as a compliment, but I secretly asked myself if my courage was a curse. Being the oldest daughter, I felt I had broken up my family.

Halleh explained the fundamentals of Bahai and kept checking in with me to see if I was still following. Then she asked how I felt about one of her favorite quotes she shared with me. I knew she was on some spiritual high when she read it, but I was numb. I felt nothing.

“I know you are doing this because of your paper,” said Halleh, a Temple graduate student. “Don’t analyze this. It’s not like math. You have to feel the words.”

At that point, I realized that I had been closed-hearted.

I loved religion when I took Intellectual Heritage, but I had viewed it as a history lesson. I thought of my mother as nothing more than a story teller and I wasn’t soaking in what Asadpour and Halleh were saying as Bahaists. All this time, I wanted people to understand me, my religion and why I chose the path that I did, but I was the one who didn’t want to care about others.

I didn’t want to make the same mistake when I met with some Muslim students on campus. I was invited to the breaking of fast during one of the days of Ramadan. I watched as they prayed and chanted as one. I felt moved that they were so unified. I almost felt like joining them, but instead I stood at the door and focused all my attention on them.

After dinner, I was quick to find that I was not the only one to question following her parents’ religion. Ayesha Butt, a liberal arts graduate student, said she was confused about Islam. 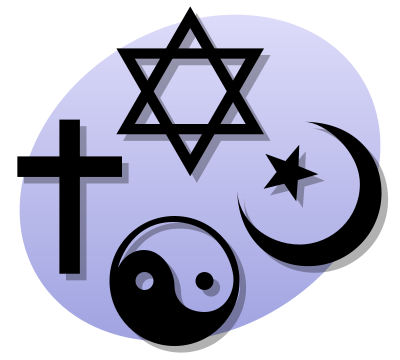 She also said that she explored other religions and their principles. Majoring in psychology as an undergrad, she took what she knew about human behavior, applied it to her new discoveries and found that Islam “made the most sense” to her.

Almost every religion claims to have historic documents and artifacts to provide credibility. Butt researched those types of claims before choosing which path to take.

Others say it doesn’t matter what you believe in, as long as you have something to believe in.
“If you find something you believe in, it will help you find yourself,” said junior Nafisa Rahman, social chair of the Muslim Student Association. “There’s a lot of bad in this world, but when you believe in and focus on something that’s pure, it helps you be good.”

“Everyone has their own religion,” said Mena El-Turky, a junior political science and marketing major and public relations chair of MSA.

“[Mena and I] may be both Muslim, but she practices totally different from how I practice,” Rahman said.

I had never opened my mind to such a concept. For some unknown reason, I found full satisfaction with this statement.

“I have a lot of friends who are atheist,” El-Turky said. “About life, ethics and morals, we have the same views. The [difference] is that they believe everything is just there and I have faith that there’s a god.”

As I write this piece, I feel like the smallest and dumbest person in the world.

I really have hurt my mother. The Asadpour sisters told me that the soul doesn’t disappear when a person dies. It needs those on earth to help it develop and get to the next stage. This was the request my mother asked of me and I rejected it, perceiving it as though she wanted me treat her like a goddess.

There shouldn’t have to be a mini holy war in my house. There is nothing that my family and I fight about, except for who does what chores and who ate whose food.

So what personal spiritual conclusion have I come up with?

My 11-year-old sister may be right about taking a little of everything to make up her own beliefs. A lot of my beliefs have changed over time due to experiences and new discoveries. Nothing that humans participate in can be perfect.

“No religion would ask you to lie, steal or kill,” my mom always said.

I guess that’s why she didn’t care if her daughters were Buddhists or Christians or whatever else. What matters to her, is that we all respect one another and remember each other when we pass away.

Anne Ha can be reached at aha.263@temple.edu.

08 September 2008 Features, People You Should Know

Having made the initial steps during the first two weeks, freshmen explain the benefits and drawbacks of communal- and suite-style dorms.

The men’s and women’s cross country teams began their seasons with improved showings.