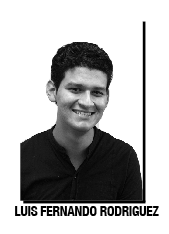 I came out for the first time when I was a junior in high school. Like most things in my life, it was on a whim and done as passive aggressively as possible. I was in the school gym with one of my friends who was a senior.

She was openly gay and very easy to talk to about anything. I started asking her questions about her coming-out process, just feigning enough interest to where I wasn’t sounding like I wanted coming out advice since I still hadn’t told anyone I was gay.

After she told me a few details, I started to consider telling her. Obviously if I told her I was gay she would keep my secret safe, and I’d finally have someone to talk about this thing I’ve been struggling with internally for basically my whole life.

Rewind to only one year prior to coming out. I had finally come out to myself and accepted that I was gay. I toyed around with the idea of maybe-kinda-sorta-possibly being bisexual, then after about a day of that nonsense I realized I probably maybe-kinda-sorta-possibly needed to get over myself and just accept the facts. I liked boys and it wasn’t the end of the world.

So back to one year later when I’m finally feeling ready to tell someone I’m gay, I decide to go about it in my own passive-aggressive way. I really hate having to make emotional, formal announcements and I cringe every time I watch television shows and see gay characters come out in the most emotional ways. There would be so many tears and yelling. I didn’t want any of that, I was going to beat around the bush and make her ask me. Very mature, I know.

I started asking her about how her parents handled it, if she was still close to her siblings and if she lost any friends over it. It seemed like for the most part she had a pretty good experience. That’s not to say she didn’t have any low points.

Many questions and hints later I finally got her to ask me about my sexuality. She asked, “Are you ‘bi?’”

I eventually said under my breath, “I’m gay.”

It was very surreal because those words had never really been spoken–typed in gay teen chat forums maybe–but never spoken.

I was able to tell maybe two more people that year, and then most of my close friends a year after that. Somehow I even got a boyfriend out of it my senior year and I was happy at school. I still never had to have that emotional coming out, I would just let the rumors spread and casually mention it in conversation. Sometimes if people asked me I would just say, “I’m not going to lie to you,” and then walk away, letting them come to their own conclusions. I was so mature.

It was a good strategy I had going and I still was able to avoid drama.

Now that I’m in college I consider myself to be openly gay, and am very involved with a lot of GLBT groups, even serving on the executive board of one of the Main Campus organizations.

Deciding to have very casual coming out experiences has stopped me from coming out to my parents. I don’t really want them to know, because even though I’m ready to tell them, I don’t necessarily think they’re ready.

I never thought I’d be able to tell my parents because I knew my coming out to them would probably be what I’ve always dreaded, very emotional, awkward and probably followed by a lot of silence. My parents are actually pretty liberal but very conservative when it comes to sexual orientation. They just don’t understand it, which is OK because they’re from a different time and from different countries than I am.

When my father helped me move into my place this past June I was sort of dreading it because I knew he was going to meet my friends and roommates who are all gay. He stayed in the city for three days, never said anything and I thought I was in the clear.

My big gay bubble burst a couple of weeks before the semester started. I received a phone call from my father at 1 a.m. He sounded like he had something very serious on his mind. He started talking about how after he met my friends and realizing I was living with gay guys he had been bothered by it. He said he wouldn’t know what to do if I told him I was gay.

Then he asked me not to tell him.

My father went on to say he was ‘old school’ and that it didn’t mean he didn’t love me, he just didn’t understand homosexuality. Oh and he said, “Don’t tell your mother we had this conversation.”

I told him I understood and I wouldn’t go into details about my personal life. I’d basically just keep doing what I’m doing.

Now when I tell my friends about my father they ask me if it upsets me at all that he doesn’t want to know. It’s actually kind of a relief. My father still loves me and supports me in school, which is all that really matters to me right now. Forcing him to accept me being gay would be like him forcing me to deny my sexuality. It’s not right and it’s nice to have some sort of understanding.

People come out because they think it’s important for people to know but at the same time they need to remember it doesn’t have to be a priority. Even though I’m still not out to my family, unless they read this essay in which case, “¡Hola!” it doesn’t mean I’m any less comfortable with my sexuality or ashamed of it.

We shouldn’t rush to come out because it’s, ‘what we’re supposed to do.’ I’ll eventually tell my mother, siblings and extended family not only when I’m ready but when I know they’re ready, too. It’s not only about me–their feelings also need to be accounted for.

Now, this isn’t scripture and I know other people in the community might have a different take on it, but this is my formula and its worked for me so far. I’m a proud openly gay male, no matter how many people I choose to come out to.

A group of students launched Philly Supports Liberty over the weekend.

Come As You Are Prom