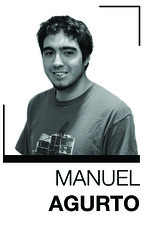 Odds are, if you’ve been at Temple for more than a semester, you’ve eaten at one of the many food trucks on Main Campus. The trucks provide alternatives to the daily cafeteria food, ranging from fresh fruit to cheesesteaks and, now, even cookies.

Although different people own the lunch trucks, the combination of today’s troubled economy and a cold winter can have a negative effect on business.

The cold weather has hindered vendors’ abilities to keep up with one of the strictest health inspection policies: hot water.

More than three trucks were shut down due to hot water not being hot enough. This policy, if not followed, can lead to vendors being forced to shut down, said Philadelphia health inspector Paul Menchik.

“Having your hot water at 110 degrees at least is necessary or else you cannot operate,” Menchik said.

The weather freezes up the gas-powered boilers at night, and it takes about four hours for it to get warmed up when vendors open their trucks in the morning.

“Sometimes, the water freezes, and it freezes the tubing, too,” said Gokhan Bati, owner of Take 5, located on the corner of Broad Street and Montgomery Avenue.

The only alternative for many of the owners is to use electric boilers. This option, however, is not up to code.

The hot water must be kept in a boiler, which is already installed in trucks. By the time the water is transferred, it has already dropped in temperature.

Even though some problems can be easily fixed, some trucks were not able to survive the one-week suspension, and some, like the Campus Grub Spot, formerly located on the 1700 block of North Broad Street, had to shut down permanently. Some vendors are able to survive week to week, uncertain of what their futures hold.

Serkan Bagcivan, owner of Chicken Heaven, was one of the vendors who was forced to shut down, but he says he can only attribute that to luck. He received a warning to keep the temperature of the water higher.

“If they had shut me down, that’s it. I gotta sell the truck,” he said.

In 2006, however, Bagcivan’s truck was hit by a catering van. The impact was forceful enough to move the truck, causing fryer oil to spill on Bagcivan’s wife’s back.

The oil caused severe burns, and she had to spend 10 days at Temple University Hospital to recover.
Bagcivan does not have insurance, so every day his wife spent in the hospital totaled $30,000.

“They keep calling me, asking how am I gonna pay it? How the hell am I supposed to pay it?” he said.
With more than 60 percent of his profit going back into the truck and a 1-year-old son, Bagcivan is struggling to stay afloat. He hopes the weather will warm up so his truck won’t freeze again.

Bagcivan is only one food truck vendor who faces struggles daily – struggles that go unnoticed simply because there are so many.

The next time you’re hungry around campus, remember there are those who really depend on the students here to put food on their tables.

Manuel Agurto can be reached at manuel.agurto@temple.edu.

It’s easy living with a bunch of friends when all you have to fight about is whose turn it is to do the dishes. Living with a significant other is a whole different ballgame.

Shawn Geller sells a unique form of new advertising for the sides of lunch trucks.

Temple contributes to the Flower Show

Fashion, food and the gardens of Italy come together for the annual Philadelphia Flower Show.