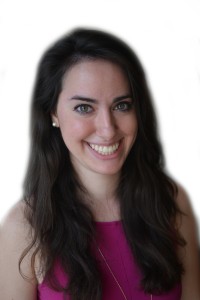 For every internship application I have filled out, I am always asked to list prior experience. I wouldn’t have had much to say if I hadn’t started interning at smaller organizations before shooting for my big-city internship dreams.

As someone who has and will continue to intern in New York City, I didn’t start interning there, as I’m sure is true with countless other interns. Just like a job, internship consideration is given to those with prior internship experience.

It bears repeating that while interns are not contracted, and most are unpaid, they still need years of experience to intern for large companies.

I first interned in my hometown of Abington, Pa., which is home to approximately 56,000 people. This internship, at Abington Cable Channel, was beneficial to me because I learned the ropes of interning in a less intimidating environment than I would have experienced in an unfamiliar location. I was able to provide my audience, who was familiar to me as a resident of the area, with the stories I was confident they wanted to hear.

“Good Morning America” weather anchor Sam Champion once told me after a meet-and-greet at Ithaca College that the best place for any young person to start working is in their hometown. He began his career in his Kentucky hometown, and now he’s on the highest-rated morning news show in the country.

My suburban internship was the most hands-on one I’ve had. My experience there gave me all the necessary skills to tackle New York City media internships. Starting in a small environment, I knew how to highlight my community with quality videos.  Abington Cable Channel may have been a smaller player on the professional field, but it was the environment that benefited me most at the time.

My intern coordinator, Bryan Quigley, said students would be able to leave the internship with a video reel to show employers that they filmed, edited and produced video and audio footage for a professional outlet.

“You want to make sure that you get clips of your work from any internship you apply for,” Quigley said. “Small internships will provide you with a great portfolio to show larger media corporations. We limit the number of interns we take so that each student will have the opportunity to directly use the equipment from the start to end of each of their products.”

During my internship with Abington Cable Channel, I worked to produce daily community involvement videos and interviews about prominent members of the district. Working for a small channel, I was able to use the equipment to film and edit videos on topics I was drawn toward. I wouldn’t have had the opportunity to directly use the equipment if I had started out at a larger media company.

I began filming videos about community service activities that I was doing with the nonprofit H2O for Life about raising awareness about the world water crisis. One of my educational documentaries, “Bathroom Pass,” went from Abington Cable Channel to the Academy for Educational Development’s museum in Washington, and even attracted the attention of Diane Sawyer of ABC News who asked to see my film for a piece she was developing for a special program.

At my Abington internship, I even had the opportunity to further my water curiosity through a two-week trip to China, where I produced a 30-minute documentary called “Esther Goes to China.” Despite the simple title, working in such a hands-on environment was a unique experience.

I’m not the only one who sees benefit in starting internships on a local level. Junior engineering major Emily Crosette said that while her research internship at Lafayette College last summer cut into her social life, it ultimately benefited her professional development.

“I pregame life with internships,” Crosette said with a laugh. “I can’t think of a better way to spend my Friday night than assisting with great discoveries in a lab.”

Your college years may be the best four years of your life if you use your classes as a bridge to connect yourself with the working world. Take the smaller jobs seriously because they will lead to big opportunities.