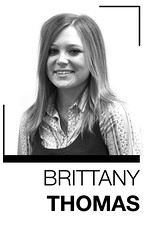 Work-study is a financial aid opportunity that provides many benefits for eligible students. Here at Temple, however, obtaining a work-study job is often an arduous task in its own, and many students are unsuccessful in their efforts.

The Federal Work Study Program allots money to students who find part-time employment to help pay for their studies. The issue is that there are seemingly more work-study loans granted than there are jobs on campus.

“I think that if [the U.S. Department of Education is] going to give you the loan, they should give you a job,” said Danielle Brown, a freshman photojournalism major who is jobless.

After filing their FAFSA forms, eligible students are awarded a certain amount of grant money.

In order to obtain the money, to which they are entitled, students must find employment. If they do not find a job in time, the money they are granted is no longer valid.

There is a standard process for applying for jobs, but many students continue to have difficulty finding one.

Voli said she has repeatedly applied for multiple jobs that are posted online, but she never receives responses from employers.

Even when Voli went several times from building to building asking for a job, she was continually referred to the Student Jobs link on TUportal.

Voli said she even e-mailed a department head in the School of Communications and Theater with a referral from one of the work-study employers and still received no reply.

“I think it’s unfair,” she said. “I was granted money for work-study, and it seems that there’s no way I can get a job.”

The jobs that exist are often filled by students who have been employed for many years. Sometimes, these students have connections within a department and are granted a referral.

The advice to students seeking employment is to apply online. Many are pointed in the direction of off-campus work-study jobs, which are listed in an online job bank. However, most of the jobs are outdated – some posted in 2007.

Repeated calls to the work-study office garners a voicemail box or, at best, a recommendation to go from one building department head to another to ask if there are any available positions.

Students are continually directed back to where they started from: the online application.

It may be true that there can only be so many campus jobs. One solution is to create more off-campus work-study jobs.

Temple Student Peace Alliance has already taken this on for the Spring 2009 semester.

Rowena Lair, SPA’s public relations director and work-study committee head, said the group has begun speaking with three nearby public schools about how Temple students can assist teachers in classrooms.
“They were just as excited as we were about the prospect of working with Temple students,” Lair said. “It is their job now to finish the paperwork, make sure it gets approved and post their jobs on Temple’s work-study job bank.

Brittany Thomas can be reached at brittany.thomas@temple.edu.

New FAFSA changes harm those most in need

As classes move online in response to the COVID-19 outbreak, quality of instruction is declining and students deserve fair reimbursement.

Eligible student workers can earn cash on or off campus.