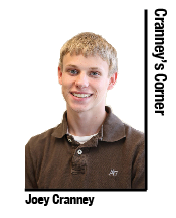 Owls miss opportunity to bolster their résumé for entry into the Big East.

If the Owls want to sit at the cool-kid’s table that is the Big East Conference, they have to prove to themselves and the country that they can take care of business in the Mid-American Conference.

Recent reports from various news outlets speculate that, in light of the recent conference re-alignment going on throughout college sports, Temple may be changing homes. The Big East Conference, a perennial basketball powerhouse and former home of Owls’ football, lost Pittsburgh and founding member Syracuse to the Atlantic Coast Conference in September.

In addition to the Owls’ outstanding history in both men and women’s basketball, the recent success of the football team is really what’s driving these rumors. The Owls played football in the Big East starting in 1991 for nearly 15 years, but were asked to leave in 2001 and left in 2004 due to poor attendance and a lack of competitiveness and university commitment to the football program.

But with the relative success of the football program through the first four weeks of the season, including the Owls’ 38-7 blowout win against Maryland last week, many people now believe that Temple football could compete in the Big East.

However, the Owls’ 36-13 loss to Toledo last Saturday told a different story. The team that showed up to play against Toledo didn’t look like the surging mid-major that could compete in the Big East, but rather the team that has never won a MAC championship during its five-year membership.

If the Temple football program really wants to take the next step, it needs to consistently play at a high level in its own conference. Granted, Toledo  is much better than their 2-3 record would indicate, but the majority of the country doesn’t know or care about that.

All that most people will see is some team they’ve never heard of just beat up on Temple in front of their home crowd. How will the loss look to the Big East?

Coach Steve Addazio said that the national attention Temple had been getting after its Maryland win affected preparation coming into Toledo.

“We were concerned this week about our preparation,” Addazio said. “There were some distractions here, but you have to learn how to handle that. That’s my job, to make sure that you overcome that and come out with a great level of execution.”

The home attendance on Saturday was almost as bad as the final score. If I had a vote on Temple’s Big East membership, the attendance of 21,705 on Saturday wouldn’t convince me that Temple can fill the seats for Big East play. Considering the fact that low attendance was one of the things that got Temple kicked out of the Big East in the first place, the two-thirds empty stadium on Saturday just doesn’t look good.

I’m not saying Temple doesn’t deserve to be in the Big East, because I think they are as good a choice for membership as any, but the Toledo game was the first hitch in what was a virtually flawless football résumé for this season.

“One game doesn’t define anything,” Addazio said. “We have to take care of our business one week at a time.”

Moving forward, the Owls have five straight contests to MAC teams. If Temple really wants a Big East invite for football, the Owls have to continue to do their part in their own conference.

Temple must beat Georgetown University on Saturday to have a chance to make the Big East Conference tournament.

Attacker Toni Yuko has played a career-high number of games this season and has nine goals.