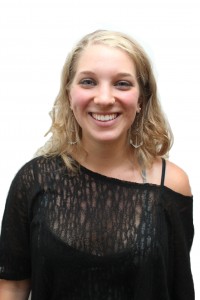 Sometimes you just need a good love affair, and there’s nothing quite like getting enamored with your city through fresh eyes. If you’re like me, that typically requires a cozy autumn night warmed as much by people as the beautiful music they play and an exhausted morning-after breakfast at Honey’s Sit ‘n Eat. This past week, I had just such luck.

Since getting stuck with crutches, I started to find it even easier than usual to hate everyone and everything. After a week or so in this raincloud mindset, I finally got tired of hearing myself complain and opted for a mental pivot. I stopped self-pitying, started appreciating all the things I am still equipped to enjoy and resolved that the time had come to get out and have some fun.

The event was to be a gathering of artists in West Philadelphia at a house that calls itself the “Gentlemansion.” All I knew beforehand was that someone I trust very much said I would have a good time, I was invited to perform some of my poetry and the musical features were supposed to be on point.

The first and last parts were serious understatements. The entertainment unfolded as follows.

Invited musical guests played short sets ranging in length from three to six songs. Between every three acts, there would be a brief intermission of about 15 to 20 minutes for people to mingle over chicken, beer and the line for the bathroom. After all the features had performed, the open mic and jam session would occur until an undetermined hour in the morning.

I was attending the party as a guest of Brittany Ann Tranbaugh, who was scheduled to feature. This girl blows me away every time she hums something in her kitchen, so whenever she books a gig, I do my best to attend and bask in the glow of her simultaneously angelic and soulful folk music making.

Knowing that Tranbaugh would play made me confident the evening wouldn’t be a total waste of time. What I didn’t expect was that every single musician would completely blow me away. I’m pretty terrible at describing music, so I asked Tranbaugh for some assistance in conveying what we experienced.

“Unlike the countless bands out there now just strumming C and G on banjos, they’re actually composing interesting songs. Also, their acoustic set is a testament to how diverse they are as musicians. A full-band Big Tusk show is electric and sounds completely different,” Tranbaugh said.

Thom McCarthy, a solo bluegrass and folk guitarist and vocalist has “that smooth, soaring Fleet Foxes-esque quality to his voice. His lyrics are refreshingly original, bordering on obscure, but he keeps it engaging with humor. He was an entrancing performer to watch.”

“Their songs are so memorable,” Tranbaugh said. “I recognize and love every single one of their songs after only seeing them three or four times, because they’re that good.”

Melanie Hsu “was kind of like a mix between Erykah Badu, Ani DiFranco and Thao & the Get Down Stay Down with a cello. Her songs were sophisticated and bluesy but catchy and accessible.”

There was not a single song played that I wanted to end and the audience was on the same page. The living room floor was crowded with people, most of them artists of some variety, and all eyes were completely focused on each performer. Unlike other house shows where the music may be appreciated background noise, the audience was silent and on the edge of its collective seat, absorbed in the bliss of the music.

As a poet, this is my absolute favorite setting to perform in. People only catch my carefully crafted wordplay if they’re really listening, which at open mics they often aren’t, as they’re too preoccupied with Facebook on their phone to actually be in the moment.

As a comparison, the crowd at this show was getting saturated with each moment and the energy was absolutely magical. It’s really hard to describe as anything other than that feeling of being completely on the same page with a large group of strangers. Yes, I had a spiritual experience.

The magic of the evening continued the next morning during coffee hour. Tranbaugh and I were serenaded with fiddle playing by our sleepover hostess Sarah Larsen, from local bluegrass band The Highwater Preachers, who needed to decide which songs she was going to win first prize at the Lyons Fiddle Festival with later that day. Did I mention that this weekend was marked by the conspicuous presence of many intimidatingly talented individuals?

From there, we ventured to Honey’s Sit ‘n Eat in Northern Liberties. I have heard about Honey’s for many moons and knew it as a beloved gem of the Philadelphia brunch circuit. However, having local parents and cheap friends, I never made it to the restaurant until now. It was well worth the three years of mounting suspense and additional 45 minutes waiting for a table outside.

Joined by a third friend, we shared awesome food, that to my surprise was reasonably priced, and had a perfectly relaxed Sunday morning talking about boys, school, work and momentarily embodying the Sex In The City characters we had written for our college fantasies.

This beautiful weekend unfolded accidentally, but it planted a seed for many more wonderful nights to come. Most likely when I am out stalking the bands I discovered at the “Gentlemansion.” Which you should also do. Google them.

Victoria Marchiony can be reached at vmarchiony@temple.edu.